Planning a trip or finding an authentic recipe can be difficult, but it doesn’t have to be! Let “AtoZ” be your source for travel guides, cultural information, and recipes. AtoZ Global Road Warrior can give you detailed cultural information about every country on Earth. Learn about language, history, education, and culture as a whole. Looking for information on a particular city? Check out AtoZ World Travel. Find city guides, activities, language guides, security information, and more. Experience an epicurean adventure at home with AtoZ World Food. Search by country for authentic recipes and also find detailed information on etiquette and customs.

Of the 202 cities featured in AtoZ World Travel, I chose Vienna, Austria. My wife spent a year in Vienna, and she has shared so many memories and experiences about her time there.

Sites to See in Vienna

During my research into Vienna, Austria using our databases, my first stop was AtoZ World Travel to start making a list of all the things I want to see and do on a trip to Vienna. I'm interested in museums, historical locations, art, and music.

Hofburg Palace​, known also as the Imperial Palace, was the seat of Austrian government almost continuously from the 13th century until 1918. Important parts of the Imperial Palace include the palace chapel, Burghof court, and the monument to Emperor Franz I. The Hofburg Palace​ also encircles the Josefsplatz Square, one of the most beautiful squares in Vienna. At the Hofburg Palace​, the two breathtakingly beautiful halls, Festsaal and the Redoutensaal, regularly host concerts by the Vienna Hofburg Orchestra.

The Sisi Museum explores the life of Austria's famous Empress Elisabeth, affectionately called "Sisi." This museum has six rooms, and each room has a story to tell of the Empress's life. Some of the more fascinating aspects of her life include an obsession with being slim and beautiful, interest in effusive poetry, rebellion against court ceremony, and finally, her assassination in Geneva. The museum showcases numerous personal objects once owned by Elisabeth, like gowns, poems, jewelry, 23-part travel toilet set, first-aid kit, and a reconstruction of her famous Court Pullman car. It also displays exquisite portraits of the empress, who was a renowned beauty during her time.

Many visitors are drawn to the "alternative architecture" of the expressionist apartment house Hundertwasser-Krawinahaus (formerly Hundertwasserhaus ), which produces modern art exhibits and, like much of Vienna both old and new, can only be seen to be believed.

Like Cary, I was also very interested to look up Vienna's weather before a possible trip. Vienna doesn't have a monsoon season, does it? Other traveling concerns and tips can be found under AtoZ Global Road Warrior's entry on Austria.

Vienna is located in northeastern Austria and has a combination humid continental climate and oceanic climate. This means cold winters with snow, cool to mild springs and autumns, and warm summers. The city experiences light rainfall throughout the year, with a total 607 mm (23.9 in) precipitation annually.

Spring (March to May) has an average high temperature of 23°C (74°F), and weather that is unpredictable.

Summer (June to September) has average temperatures that range from a low of 6°C (43°F) to a high of 32°C (89°F). A warm wind called the fohn comes from Italy over the Alps and can increase summer’s temperature, making it uncomfortably hot for short periods.

Autumn (November and October) has an average high temperature of 19°C (66°F).

When to Go: The busiest tourist seasons are summer and the winter holidays. The ideal time to visit is during the spring or autumn.

A Taste of Vienna

Before or after a trip to Vienna, I can get a taste of the city's food offerings by trying a recipe found on AtoZ World Food.

If I had to start with one dish from Vienna, Austria, it would have to be the Wiener Schnitzel.

Considered one of Austria's national dishes, Wiener Schnitzel is a thin, breaded, fried veal cutlet. Compared to other variations, the Austrian version of Schnitzel is distinctive because it is made only from veal. The dish is traditionally served with a lemon slice and either potato salad, cucumber salad, or potatoes with parsley and butter.

According to AtoZ World Food, the Wiener Schnitzel will take only 10 minutes of prep time and 10 minutes of cook time. I could be eating schnitzel in 20 minutes! 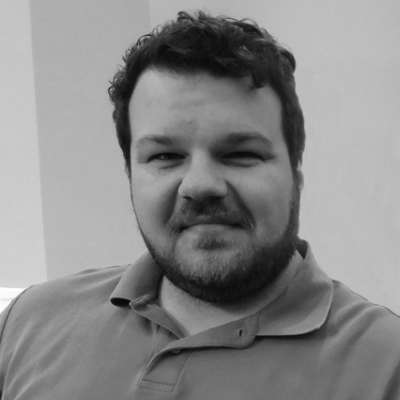