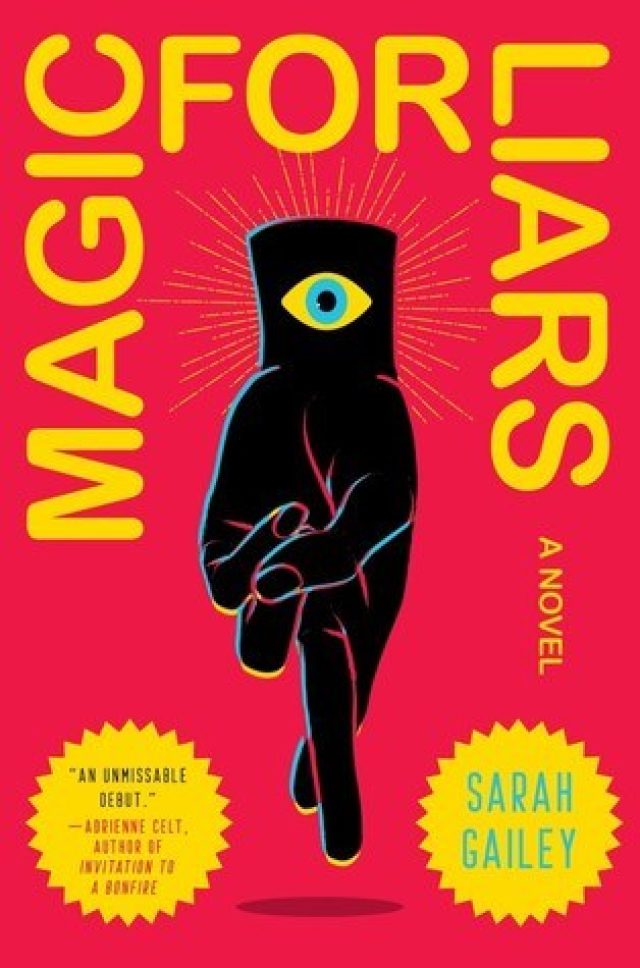 Ivy Gamble has a very fulfilling life as a pseudo-successful private investigator. She goes home every night to an empty apartment, she doesn’t form relationships, and there’s a slight possibility that she has a drinking problem. Of course, none of this can be traced back to having to care for her dying mother during high school. And it absolutely cannot be traced back to the moment when her twin sister Tabitha found out she had magic and Ivy did not. Ivy has never wanted magic, never been interested, nope.

But then Ivy is hired to solve the brutal murder of a teacher at a private magical Osthorne Academy. The same place where Tabitha currently teaches. The case will thrust Ivy into a life she’s convinced herself she never wanted and force her to confront the long-held issues that still separate her and her sister.

I really love the idea of subverting the whole “chosen one” trope. Where better to do that than in the Hogwarts-esque halls of Osthorne Academy? Additionally, Sarah Gailey does a great tongue-in-cheek tribute to the trope itself where one of the students is dealing with his family prophecy that he believes unequivocally predicts himself to be the fated Chosen One complete with all the oftentimes over-dramatic representation of what amounts to, essentially, a child holding the fate of the world in their hands.

Where Ivy and Tabitha are concerned, however, being twins, Ivy has lived with and struggled with what it is about her sister that makes her the “special” one. I think it’s more of a kick in the teeth for Ivy to be the one left behind when her sister goes off to school and begins learning and doing things that Ivy cannot even comprehend. It’s all compounded by the fact that Ivy is left to care for their sick mother thinking that Tabitha doesn’t care. It causes a rift between the pair.

The murder mystery is the driving force behind getting Ivy to Osthorne, but from there the story really is about Ivy and her coming to terms with the long-held resentment for not being the twin with magic. It’s not just about Ivy discovering more about herself, regardless the story is told entirely from her perspective, but it’s also about Ivy discovering that magic didn’t just automatically make Tabitha’s life easier or better, she still suffered through the same things that Ivy did just in a different way. The rumination on sisterhood was the highlight for me while reading. I came here for that, and it delivered.

Woven through all this, of course, is magic. It’s seemingly subtle, more incorporated into everyday use, but we soon see how that use can devolve into an in-your-face manipulation of the craft that speaks to the origin of every Voldermort-type out there.

The solution to the mystery felt apt to Ivy’s story in every kind of way. It’s not really neat, and it’s definitely messy, but the closure is there even if the solution doesn’t feel like an overall win.

If you’re looking for a twist on a traditional story of magic and all it’s invariable tropes, you can look no further than Sarah Gailey’s, Magic for Liars. 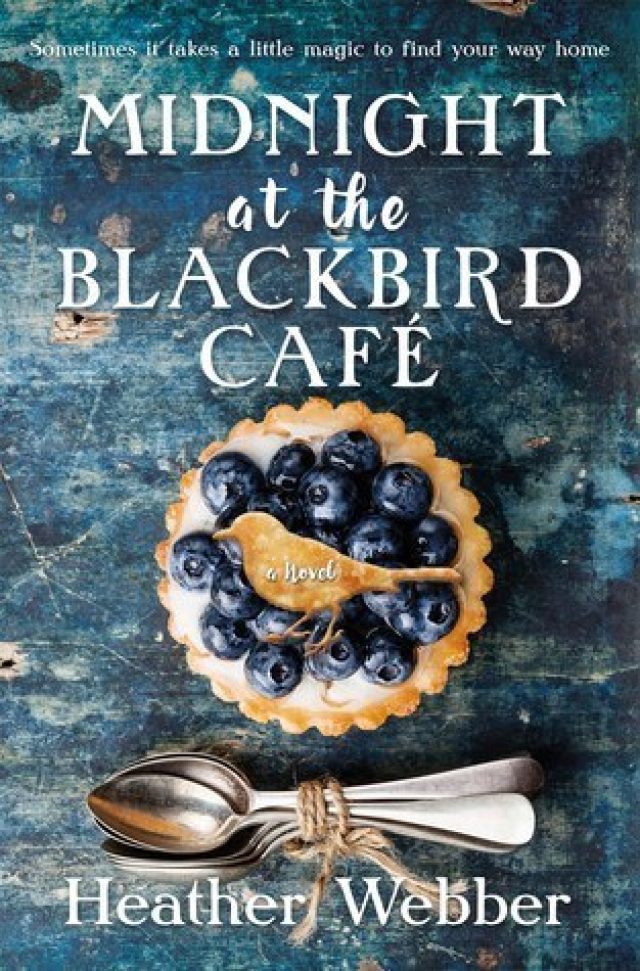 Midnight at the Blackbird Café

After her grandmother's death, Anna Kate returns to the small town of Wicklow, AL, the town her mother fled twenty-five years ago after the car accident that killed her boyfriend (and Anna Kate's father) causes his family to question what happened behind the wheel that day. Per her grandmother's will, Anna Kate must stay in Wicklow and run the family's Blackbird Cafe for the summer before Anna Kate will be free to sell the cafe and start medical school.

But once in Wicklow Anna Kate is faced not only with her father's family but with the job her grandmother filled in the community: making the blackbird pies which are regarded very specially by the residents of Wicklow. Along with having to decide where she feels happiest and if selling the cafe and going to medical school is what she truly wants.

I really liked the magical realism aspect of the story, but I loved how Heather Webber keeps it pretty simplistic and doesn't necessarily give an answer or explanation for everything that happens. Not only in regards to the magic but also to the pseudo-mystery surrounding the accident twenty-five years ago. The people involved are no longer around, but the people it effected are still living and still living with the pain and loss.

Anna Kate was a wonderful character. She's kind of thrust into an unknown situation but she handles it with grace and she takes everything thrown at her and adapts. Along the way, though, she begins to question the life she had planned out. The life she kind of promised her mother, who never returned to Wicklow after the accident.

The narrative is split between Anna Kate's story and that of Natalie Linden - Anna Kate's father's sister. She's a newly widowed mother who moves home because she needs help. Unfortunately, her family, mother specifically, is not the easiest person to deal with. Natalie not only has to begin to heal after her husband's death but she has to learn to heal with her family who is still highly impacted by the events of twenty-five years ago.

I loved the relationship that Natalie and Anna Kate form. Yes, they're family, but beyond that they become friends. Friends who see the accident from different sides, yet can understand where each is coming from.

The story just missed the mark a little bit on depth. Besides Anna Kate and Natalie, I just didn't feel the depth to some characters. They didn't come out as completely well-rounded as I would have liked, such as Gideon and Cam the romantic interests for Anna Kate and Natalie respectively. I loved the tentative way the romances started, but I felt like things just didn't work out as fully as I would have liked. I understand that those romances are secondary or tertiary to the main point of the story, but I just would have liked a little more concrete closure on where the relationships go.

All in all, I enjoyed the story. I loved the quirky characters and the small-town setting and seeing the community come together. I loved the way the magical realism presented itself and kind of ran as the beating heart of the theme of the story. 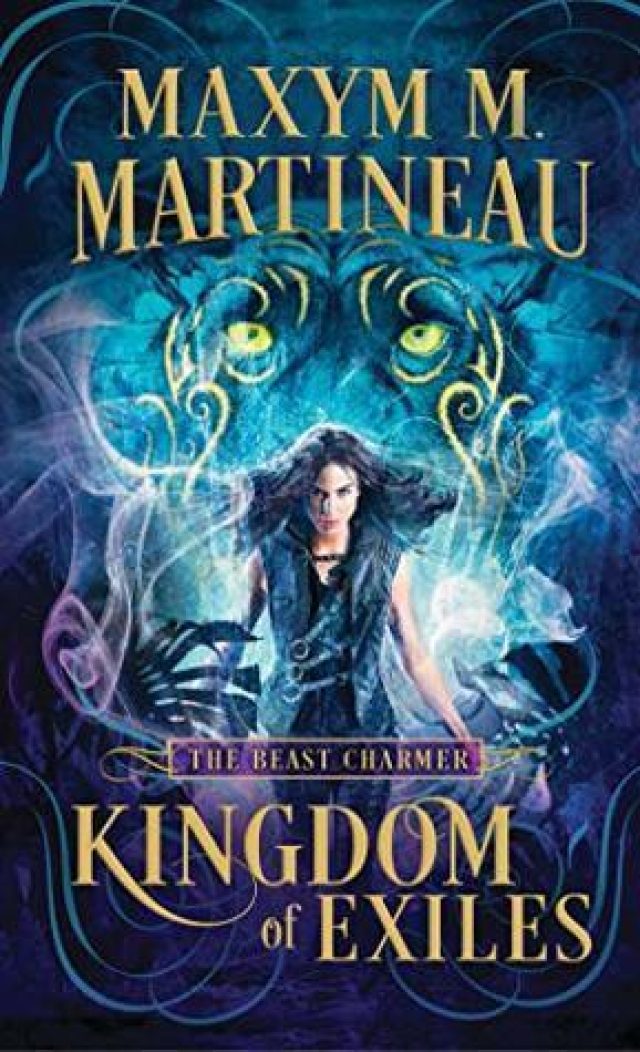 Leena Edenfrell thought exile from the Charmer home of Hireath was the worst thing that could happen to her. I mean, because of her exile, she was forced to sell her precious beasts on the black market just to survive—which itself is an offense punishable by death.

When she learns there’s been a bounty put on her head, she’s both surprised and not. For years, she’s been cultivating a plan to get back to Hireath and clear her name, and when she confronts the bounty hunter who holds her contract, she thinks her plan may have a chance to come to fruition.

Since being named leader of Cruor, Noc has tried to do right by his brother and sister assassins, but a curse he carries keeps him from getting too close or emotionally involved due to the resulting death of anyone he loves that loves him in turn. When a bargain with Leena demands that she provide his people with four beasts in exchange for the cancellation of her contract, he sees the opportunity to finally get the curse lifted.

Soon, however, the lines between their individual objectives begin to blur as they get caught up in an attraction neither saw coming. What Leena doesn’t know, however, is that the Cruor are bound by their oaths to carry out their jobs, no matter what, or face death.

Kingdom of Exiles reminded me of the first time I read the Night Huntress series or the Kate Daniels series or Mercy Thompson, and the list goes on. It is what I look for every time I open a new book by a new author. The feeling of every aspect of a story fitting together in just the right way. The world building, the romance, the action, the mythology, the pacing.

It was interesting seeing how Leena and Noc play off one another because they are both people who feel loneliness and vulnerabilities, but their strength lies in being able to continue on despite the loneliness and vulnerability. To continue fighting even when there seems to be no end in sight. They complement one another in that way. I found it so interesting that Maxym Martineau decided to show such blatant yearning on Noc’s part in regards to how much he’s closed himself off from feeling, and how much he wants to be able to feel. It’s probably one of the big things that separates their experiences because, if nothing else, Leena does have her connection to her beasts.

And boy, do those beasts really take center stage. Maxym Martineau has brought some truly visualized creatures to life in this book. I love their powers and I enjoyed seeing Leena pair the different beasts to the Cruor who travel with her as she searches for her own Myad-Beast whose taming will show the Charmer Council Leena’s worthiness. Having the group slowly build from enemies to family was a joy to behold.

Maxym Martineau knows how to perfectly plot out the story. While we get some closure as far as Leena’s issues with the Charmers, by the end a completely new can of worms has been opened. Noc still holds some secrets close to the chest, and while the pieces are slowly coming together, the puzzle isn’t yet complete, nor are the implications for the future realized.

I cannot wait to find out where we go next. I’m excited to meet and learn about more Beasts and I’m eagerly waiting to spend more time with this group of characters. It’s official, Maxym Martineau is an author to watch. Highly recommended.