Margaret George is an American historical novelist specializing in epic fictional biographies. She is known for her meticulous research and the large scale of her books. Several of these novels were New York Times bestsellers and her novel “The Memoirs of Cleopatra” was made into an Emmy-nominated ABC-TV miniseries in 1999. Altogether the novels have been published in 21 languages. She is ranked at the forefront of historical novelists writing today.

Because of the detailed and accurate research behind her books, she has been a featured interviewee on A & E Biography (Henry VIII: Scandals of a King, 1996, and Elizabeth: The Virgin Queen, 1996) and a special on Alexandria (Cleopatra's World: Alexandria Revealed, 1999.) She has also spoken at the Folger Shakespeare Library, Hampton Court the Tower of London, and twice at the Library of Congress's National Book Festival (once in 2011 and again in 2019).

She especially enjoys the research she has done for the novels, such as racing in an ancient Greek stadium, attending a gladiator training school in Rome, and studying the pharmacology of snake poison. 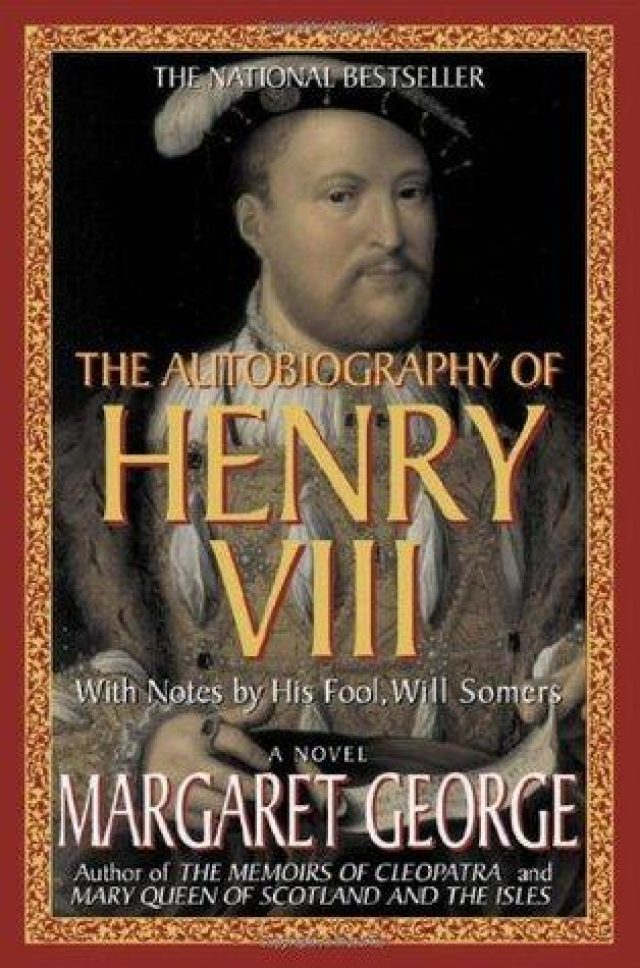 The Autobiography of Henry VIII

Much has been written about the mighty, egotistical Henry VIII: the man who dismantled the Church because it would not grant him the divorce he wanted; who married six women and beheaded two of them; who executed his friend Thomas More; who sacked the monasteries; who longed for a son and neglected his daughters, Mary and Elizabeth; who finally grew fat, disease-ridden, dissolute. Now, in her magnificent work of storytelling and imagination, Margaret George bring us Henry VIII’s story as he himself might have told it, in memoirs interspersed with irreverent comments from his jester and confidant, Will Somers. Brilliantly combining history, wit, dramatic narrative, and an extraordinary grasp of the pleasures and perils of power, this monumental novel shows us Henry the man more vividly than he has ever been seen before. 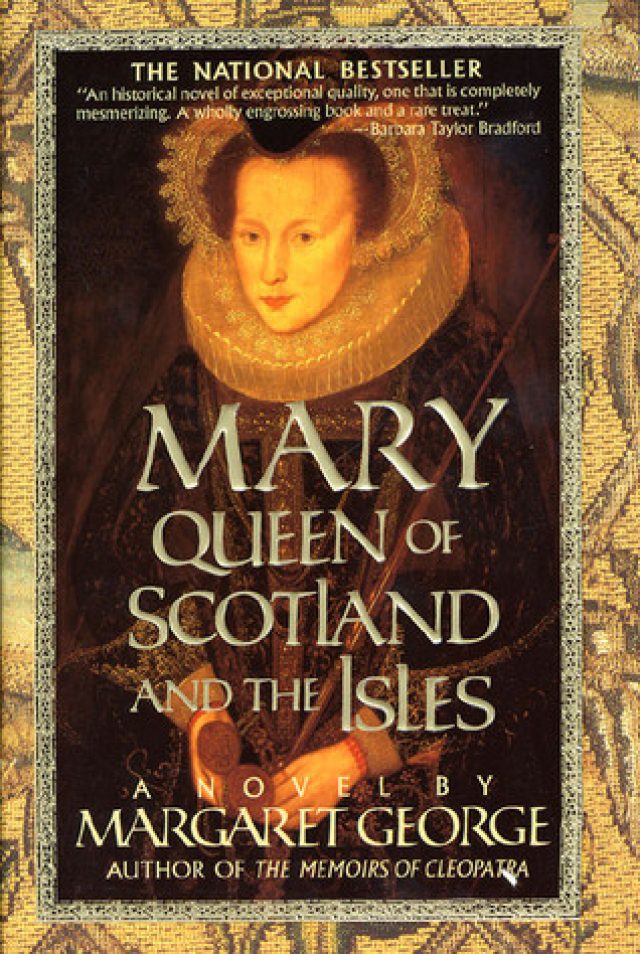 Mary Queen of Scotland and the Isles

She became Queen of Scots when she was only six days old. Life among the warring factions in Scotland was dangerous for the infant Queen, however, and at age five Mary was sent to France to be raised alongside her betrothed, the Dauphin Francois. Surrounded by all the sensual comforts of the French court, Mary’s youth was peaceful, charmed, and when she became Queen of France at the age of sixteen, she seemed to have all she could wish for. But by her eighteenth birthday, Mary was a widow who had lost one throne and had been named by the Pope for another. And her extraordinary adventure had only begun. Defying her powerful cousin Elizabeth I, Mary set sail in 1561 to take her place as the Catholic Queen of a newly Protestant Scotland. A virtual stranger in her volatile native land, Mary would be hailed as a saint, denounced as a whore, and ultimately accused of murdering her second husband, Lord Darnley, in order to marry her lover, the Earl of Bothwell. She was but twenty-five years old when she fled Scotland for the imagined sanctuary of Elizabeth’s England, where she would be embroiled in intrigue until she was beheaded “like a criminal” in 1587. 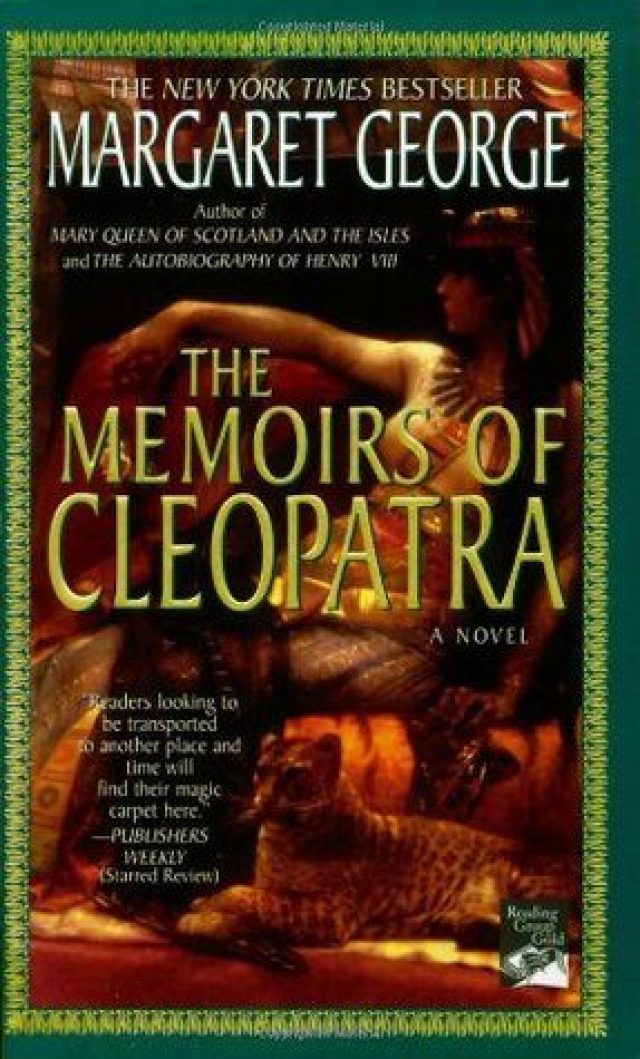 The Memoirs of Cleopatra

Told in the first person, from the young queen’s earliest memories of her father’s tenuous rule to her own reign over one of the most glittering kingdoms in the world–this is a mesmerizing saga of ambition and power. But it is also a tale of passion that begins when the twenty-one-year-old Cleopatra, desperate to return from exile, seeks out the one man who can help her, the Roman general Julius Caesar, and does not end until, having survived the assassination of Caesar and the defeat of the second man she loves, Marc Antony, she plots her own death rather than allow herself to be paraded in triumph through the streets of Rome. In her glorious novel The Memoirs of Cleopatra, Margaret George has created a story and a heroine so magnificent that they will live forever. 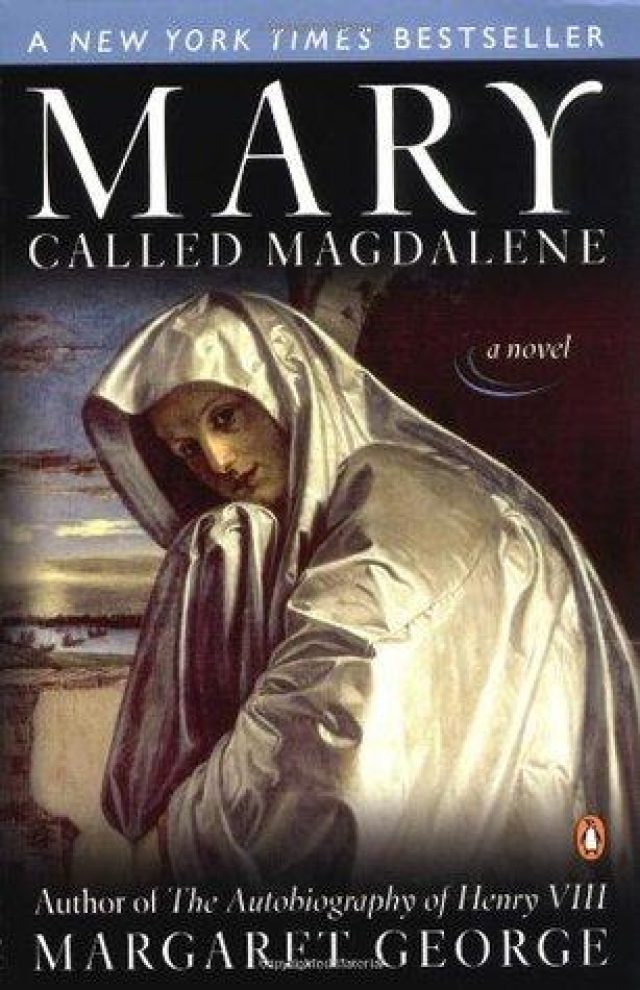 Biblical references to Mary Magdalene are tantalizingly brief, yet she continues to spark controversy, curiosity, and veneration. We know more about her than about many of Christ’s male disciples, and her significance is enshrined in her ancient honorific “Apostle to the Apostles.” But still, as a woman, she remains in shadow. Was she a prostitute, a female-divinity figure, a church leader, or all of those? Hallmarked by bestselling author Margaret George’s dazzling mix of history and creativity, Mary, Called Magdalene is George’s most ambitious work yet. Brilliantly grounded in both biblical and secular historical research, it depicts Mary of Magdala in the first hundred years of the first millennium-even as it peels away layers of legend. Testaments, letters, and narrative convincingly capture Mary’s immediate and moving voice as she becomes part of the circle of disciples and comes to grips with the divine. Bridging the gap for readers of Antonia Fraser and fans of The Red Tent, Mary, Called Magdalene transcends both history and fiction to become a “diary of a soul.” 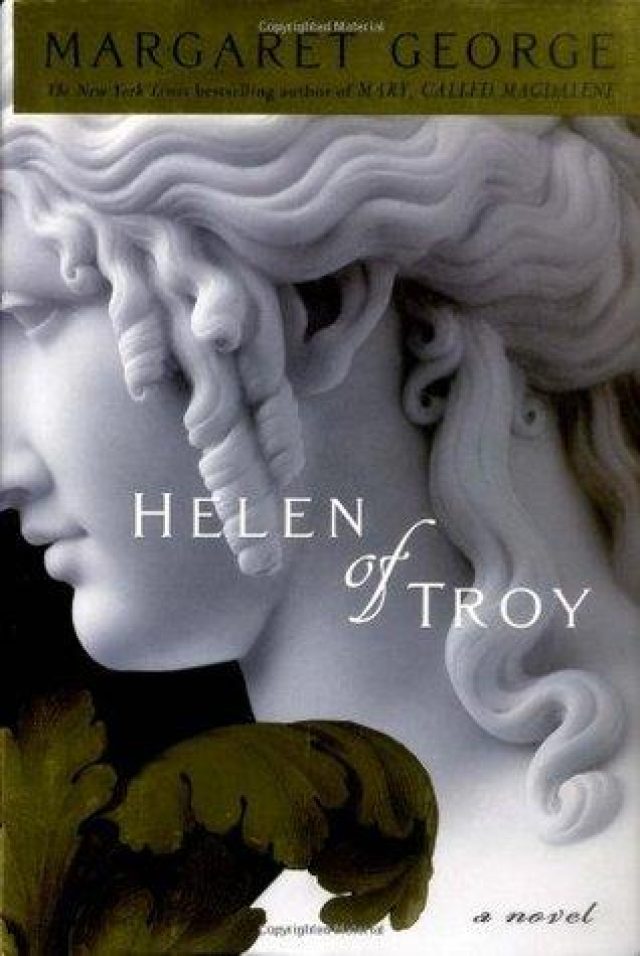 A lush, seductive novel of the legendary beauty whose face “launched a thousand ships” Daughter of a god, wife of a king, prize of antiquity’s bloodiest war, Helen of Troy has inspired artists for millennia. Now Margaret George, the highly acclaimed bestselling historical novelist, has turned her intelligent, perceptive eye to the myth that is Helen of Troy. Margaret George breathes new life into the great Homeric tale by having Helen narrate her own story. Through her eyes and in her voice, we experience the young Helen’s discovery of her divine origin and her terrifying beauty. While hardly more than a girl, Helen married the remote Spartan king Menelaus and bore him a daughter. By the age of twenty, the world’s most beautiful woman was resigned to a passionless marriage—until she encountered the handsome Trojan prince Paris. And once the lovers flee to Troy, war, murder, and tragedy become inevitable. In Helen of Troy, Margaret George has captured a timeless legend in a mesmerizing tale of a woman whose life was destined to create strife—and destroy civilizations. 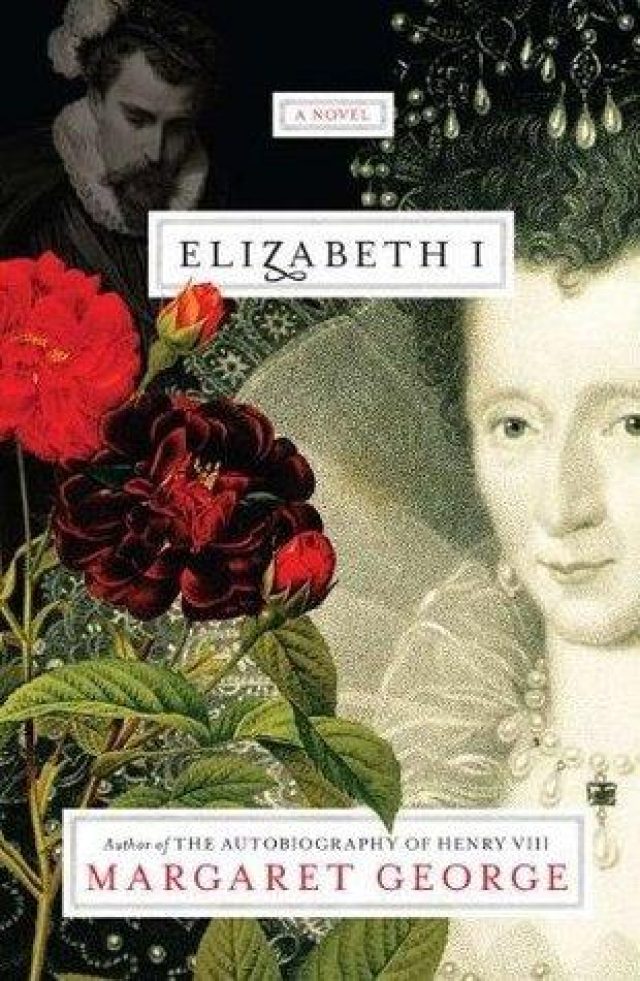 Elizabeth I: A Novel

One of today’s premier historical novelists, Margaret George dazzles here as she tackles her most difficult subject yet: the legendary Elizabeth Tudor, queen of enigma—the Virgin Queen who had many suitors, the victor of the Armada who hated war; the gorgeously attired, jewel-bedecked woman who pinched pennies. England’s greatest monarch has baffled and intrigued the world for centuries. But what was she really like? In this novel, her flame-haired, look-alike cousin, Lettice Knollys, thinks she knows all too well. Elizabeth’s rival for the love of Robert Dudley, Earl of Leicester, and mother to the Earl of Essex, the mercurial nobleman who challenged Elizabeth’s throne, Lettice has been intertwined with Elizabeth since childhood. This is a story of two women of fierce intellect and desire, one trying to protect her country, and throne, the other trying to regain power and position for her family. Their rivalry, and its ensuing drama, soon involves everyone close to Elizabeth, from the famed courtiers who enriched the crown to the legendary poets and playwrights who paid homage to it with their works. Intimate portraits of the personalities who made the Elizabethan age great—Shakespeare, Marlowe, Dudley, Raleigh, Drake—fill these pages, giving us an unforgettable glimpse of a queen who ruled as much from the heart as from the head, and considered herself married to her people. 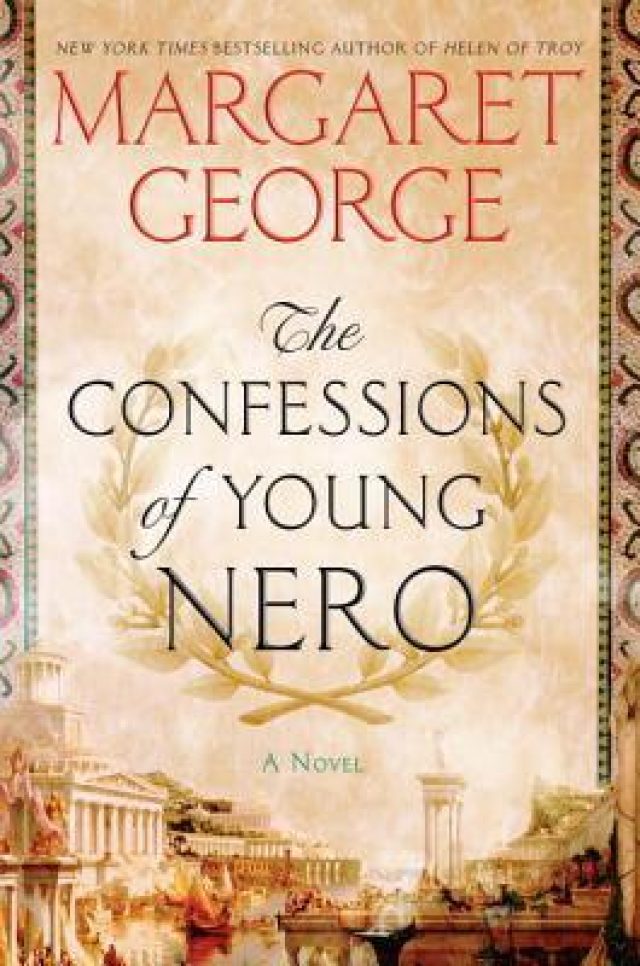 The Confessions of Young Nero

Built on the backs of those who fell before it, Julius Caesar’s imperial dynasty is only as strong as the next person who seeks to control it. In the Roman Empire no one is safe from the sting of betrayal: man, woman—or child. As a boy, Nero’s royal heritage becomes a threat to his very life, first when the mad emperor Caligula tries to drown him, then when his great aunt attempts to secure her own son’s inheritance. Faced with shocking acts of treachery, young Nero is dealt a harsh lesson: it is better to be cruel than dead. While Nero idealizes the artistic and athletic principles of Greece, his very survival rests on his ability to navigate the sea of vipers that is Rome. The most lethal of all is his own mother, a cold-blooded woman whose singular goal is to control the empire. With cunning and poison, the obstacles fall one by one. But as Agrippina’s machinations earn her son a title he is both tempted and terrified to assume, Nero’s determination to escape her thrall will shape him into the man he was fated to become—an Emperor who became legendary. 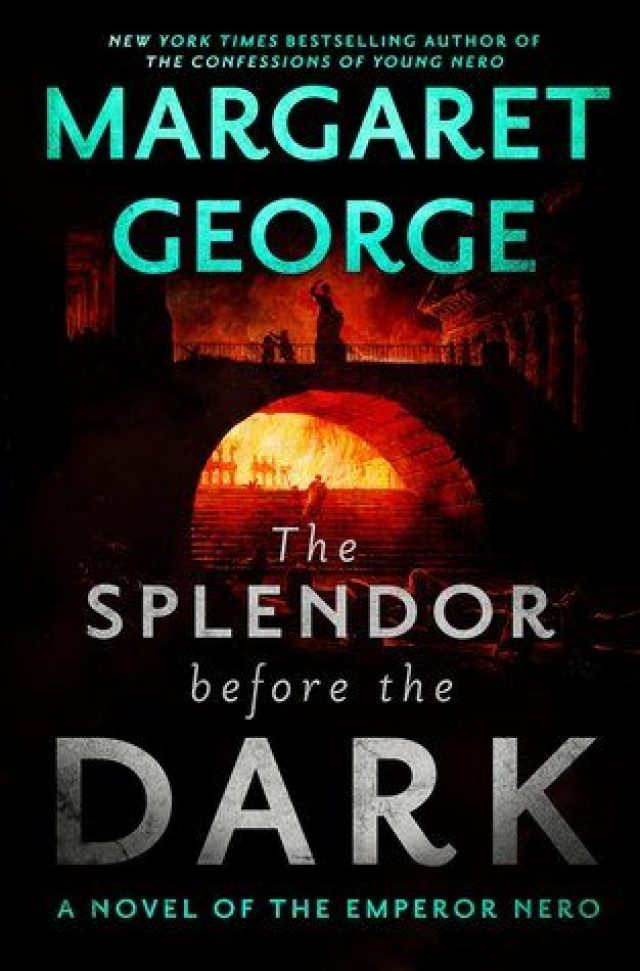 The Splendor before the Dark: A Novel of Emperor Nero

With the beautiful and cunning Poppaea at his side, Nero Augustus commands the Roman Empire, ushering in an unprecedented era of artistic and cultural splendor. Although he has yet to produce an heir, his power is unquestioned. But in the tenth year of his reign, a terrifying prophecy comes to pass and a fire engulfs Rome, reducing entire swaths of the city to rubble. Rumors of Nero’s complicity in the blaze start to sow unrest among the populace–and the politicians. For better or worse, Nero knows that his fate is now tied to Rome’s–and he vows to rebuild it as a city that will stun the world. But there are those who find his rampant quest for glory dangerous. Throughout the empire, false friends and spies conspire against him, not understanding what drives him to undertake the impossible. Nero will either survive and be the first in his family to escape the web of betrayals that is the Roman court, or be ensnared and remembered as the last radiance of the greatest dynasty the world had ever known. 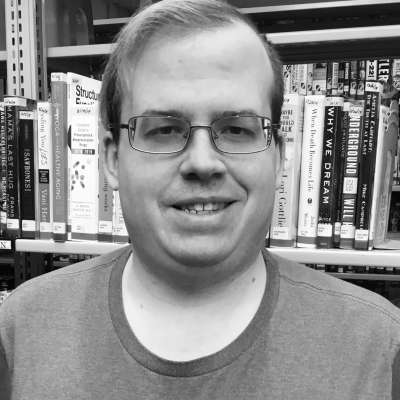 Jake has been a staff member at the Edwardsville Public Library since 2016. His major interests include interior design, Disney, and ocean liners. Jake's favorite things about working at EPL are his wonderful co-workers and meeting fun and interesting people.