This is a difficult time for all of us, and the intolerable brutality against George Floyd has spurred emotions and the need for all of us to communicate to find solutions. Americans want due process for all. We want criminals to be dealt with in accordance with the law, but we do not want our public servants or citizens to take the law into their own hands. We all need a wake-up call addressing the biases that have formed over decades in our country -- daily behaviors and assumptions we should examine and shine a light on. We've compiled a list of resources so you can delve into these subjects to facilitate conversations.

Books We Own: Adults

Racism by Mary E. Williams
12 Angry Men: True Stories of Being a Black Man in America Today by Gregory S. Parks
White Rage: The Unspoken Truth of Our Racial Divide by Carol Anderson
Self-Portrait in Black and White: Unlearning Race by Thomas Chatterton Williams
Policing the Black Man: Arrest, Prosecution, and Imprisonment by Angela J. Davis
How to Be Less Stupid About Race: On Racism, White Supremacy and the Racial Divide by Crystal Marie Fleming
Dying of Whiteness: How the Politics of Racial Resentment is Killing America's Heartland by Jonathan M. Metzl
The New Jim Crow: Mass Incarceration in the Age of Colorblindness by Michelle Alexander
Race Relations by Karen Miller

Books We Own: Teens & Kids

Teens:
A Few Red Drops: The Chicago Race Riots of 1919 by Claire Hartfield
The March Against Fear: The Last Great Walk of the Civil Rights Movement and the Emergence of Black Power by Ann Bausum
Stamped: Racism, Antiracism, and You by Jason Reynolds & Ibram X. Kendi

On Order-Children:
The Skin I’m in: a first look at racism by Pat Thomas
Let’s Talk About Race by Julius Lester; Illustrated by Karen Barbour
We’re Different, We’re The Same by Bobbi Jane Kates; Illustrated by Joe Mathieu
All the Colors We Are by Katie Kissinger
Something Happened in Our Town: A Child’s Story about Racial Injustice by Marianne Celano

On Order-Teens
This Book Is Anti-Racist by Tiffany Jewell

Films to Watch on Kanopy

eBooks for Adults and Where to Find Them

OverDrive
Why I’m No Longer Talking to White People About Race by Reni Eddo-Lodge
Just Mercy: A Story of Justice and Redemption
Blindspot: Hidden Biases of Good People by Mahzarin R. Banaji
Good Talk by Mira Jacob
So You Want to Talk About Race by Ijeoma Oluo
Between the World and Me by Ta-Nehisi Coates
Men We Reaped by Jesmyn Ward
White Fragility: Why It’s So Hard for White People to Talk About Racism by Robin DiAngelo
I’m Still Here: Black Dignity in a World Made for Whiteness by Austin Channing Brown
An African-American and Latinx History of the United States by Paul Ortiz
Tears We Cannot Stop: A Sermon to White America by Michael Eric Dyson
Why Are All the Black Kids Sitting Together in the Cafeteria? By Beverly Daniel Tatum
The New Jim Crow: Mass Incarceration in the Age of Colorblindness by Michelle Alexander

RBDigital
The Color of Law: A Forgotten History of How Our Government Segregated America by Richard Rothstein
America’s Original Sin: Racism, White People, and the Bridge to a New America by Jim Wallis
The New Jim Crow: Mass Incarceration in the Age of Colorblindness by Michelle Alexander
The Fire This Time: A New Generation Speaks about Race by Jesmyn Ward
Citizen: An American Lyric by Claudia Rankine
Mindful of Race: Transforming Racism from the Inside Out by Ruth King
An Indigenous Peoples’ History of the United States by Roxanne Dunbar-Ortiz

Hoopla
The New Jim Crow: Mass Incarceration in the Age of Colorblindness by Michelle Alexander
Have Black Lives Ever Mattered? by Mumia Abu-Jamal
Me and White Supremacy: Combat Racism, Change the World, and Become a Good Ancestor by Layla Saad
So You Want to Talk About Race by Ijeoma Oluo
When They Call You a Terrorist: A Black Lives Matter Memoir by Patrisse Khan-Cullors
Mindful of Race: Transforming Racism from the Inside Out by Ruth King

eBooks for Children and Where to Find Them

Hoopla
Juneteenth by Rachel Grack
You Can Too! Civil Rights Champions by Kelly Rogers
Let the Children March by Monica Clark-Robinson
Child of the Dream (Turning 13 in 1963) by Sharon Robinson 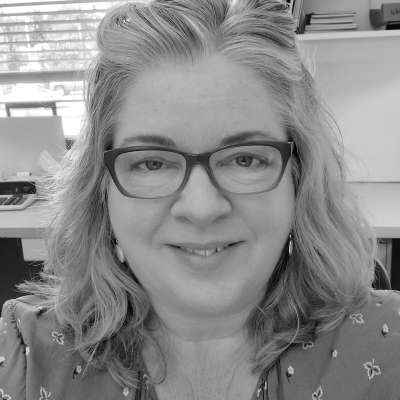 Cary is our Development & Outreach Librarian. Her “perfect” day is reading or watching British crime fiction with a cup of hot tea close at hand and her cats Clio & Ash on her lap.