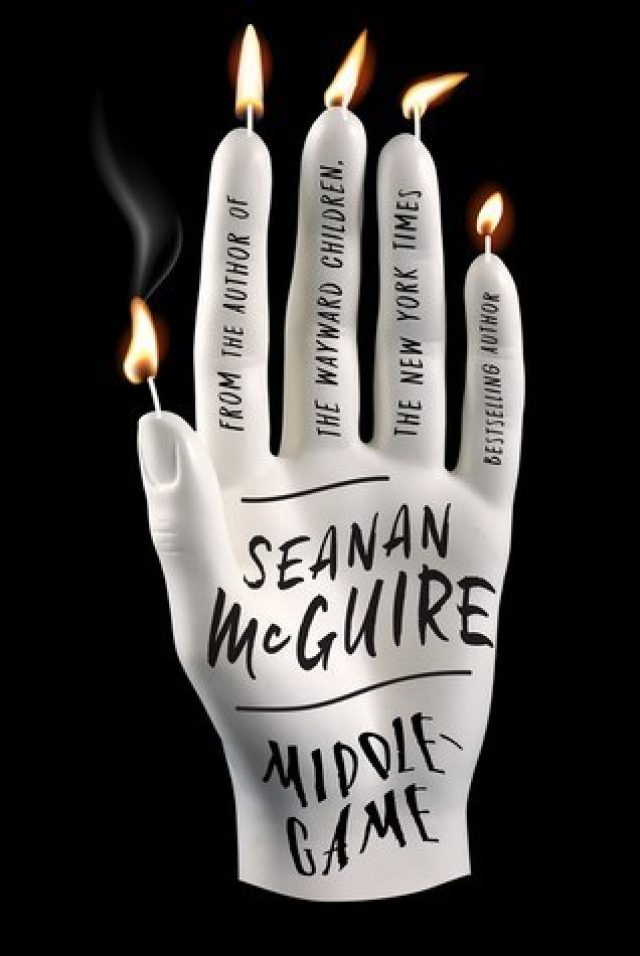 This is a hard choice this year, 2019 held a few sparklers for me. If I had to pick one I would probably go with Seanan Mcguire’s Middlegame. Seanan’s writing just resonates with me. She paints characters so multi-faceted, sometimes you’re not sure who you should be rooting for. The complex characters are paired with unique world building and a totally original magic system. This one ticked all of the boxes for me.
- Amanda 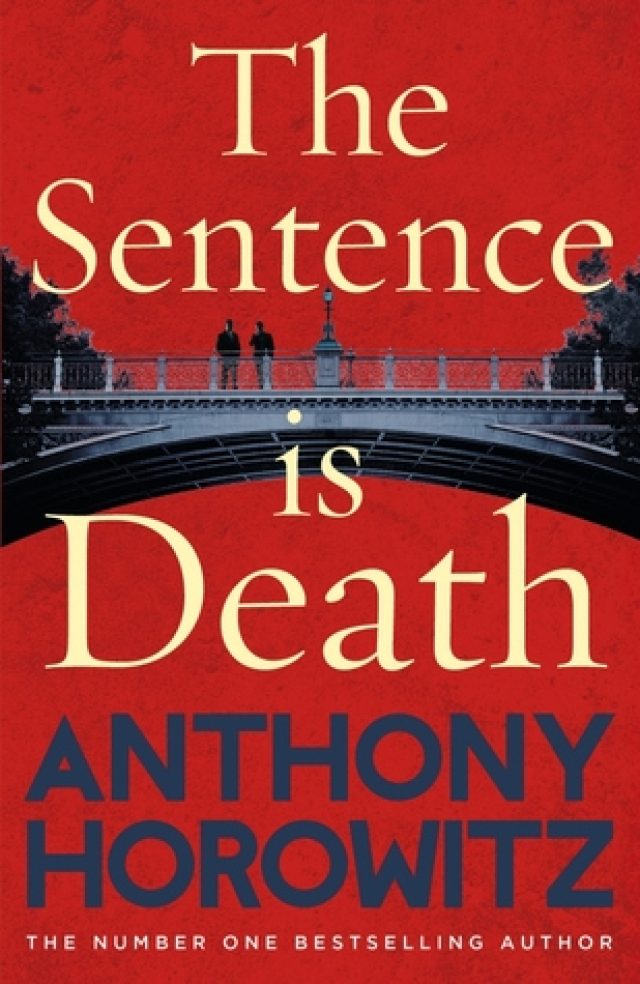 The Sentence is Death

This is the 3rdbook of a series by the amazingly talented British novelist and screenwriter, Anthony Horowitz. He specializes in mysteries and suspense, my favorites. Why amazing? You may not recognize his name, but you will his work:

Wow. And the really great part about this book (and others in the Hawthorne series) is that he writes himself in as a character, playing himself, in a fictionalized book. I can’t believe it works, but it does. See if you enjoy following Anthony around as he trails after disgraced ex-cop, turned PI, Hawthorne as they “help” the real cops solve mysteries. A fun ride.
- Cary 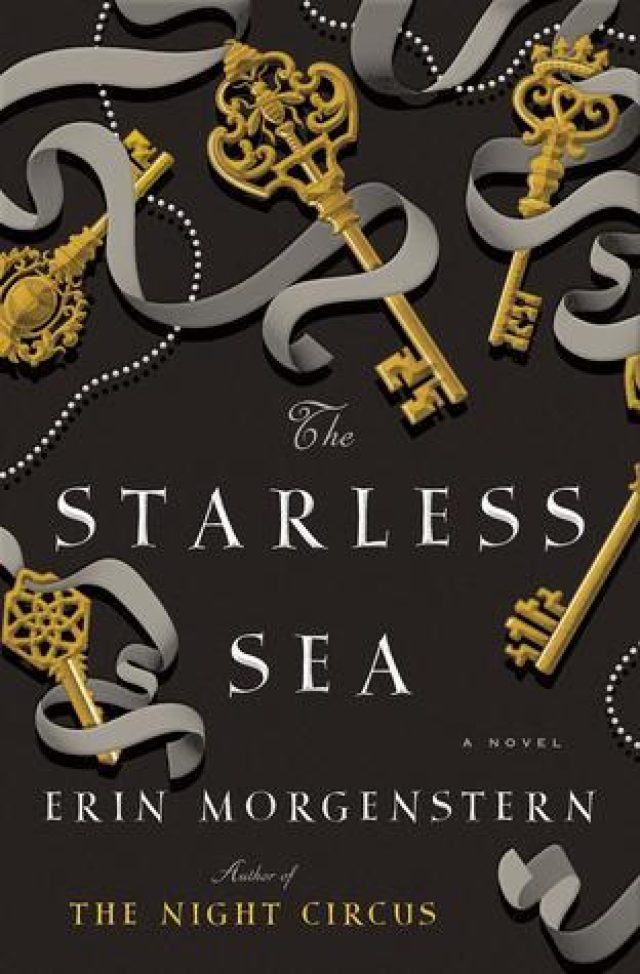 I am a huge fan of The Night Circus, so I was apprehensive when I started reading The Starless Sea. I was not sure that it could hold up to my expectations, but I am happy to let you know that I absolutely loved this book. There are only a few authors that I have found that have the ability that Erin Morgenstern has to transport the reader in such a complete way into such lush, magical worlds. If you enjoy books that have many different puzzle pieces, come together slowly, and have a fairy-tale feel, you may also enjoy this one.
-Katherine 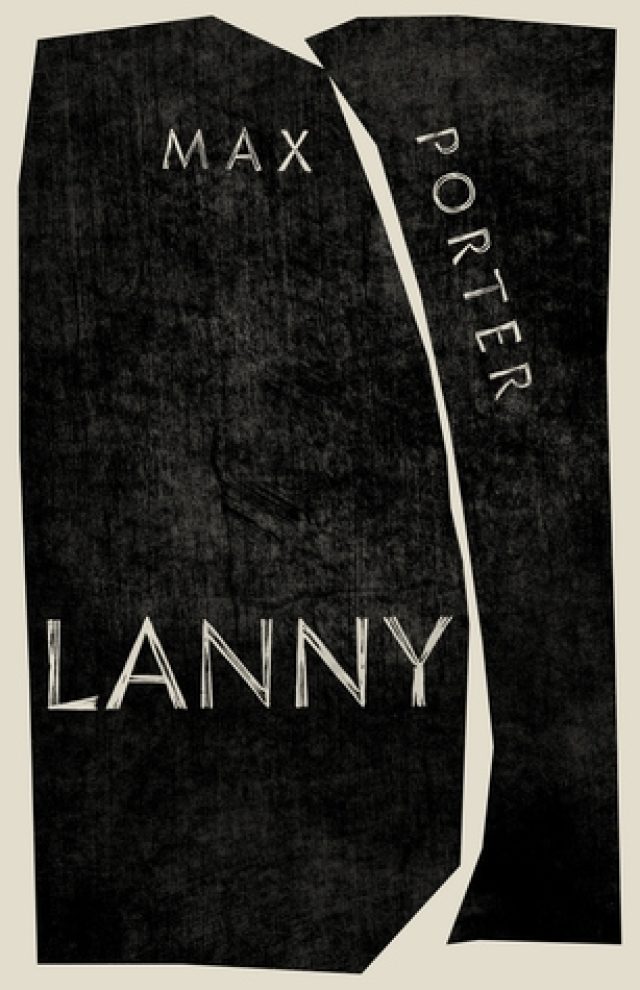 I am not sure how to explain what I loved about this book other than to say it was magical and unusual. It transported me to a different place that I didn’t want to leave, and I love books that move me in unexpected ways. Lanny is an unique child who experiences things a bit differently than others and has a special relationship with nature (and forest creatures). The story has multiple perspectives and conflicting narratives and was quite a page-turner. Take a chance on this strange little beautiful book.
- Jill 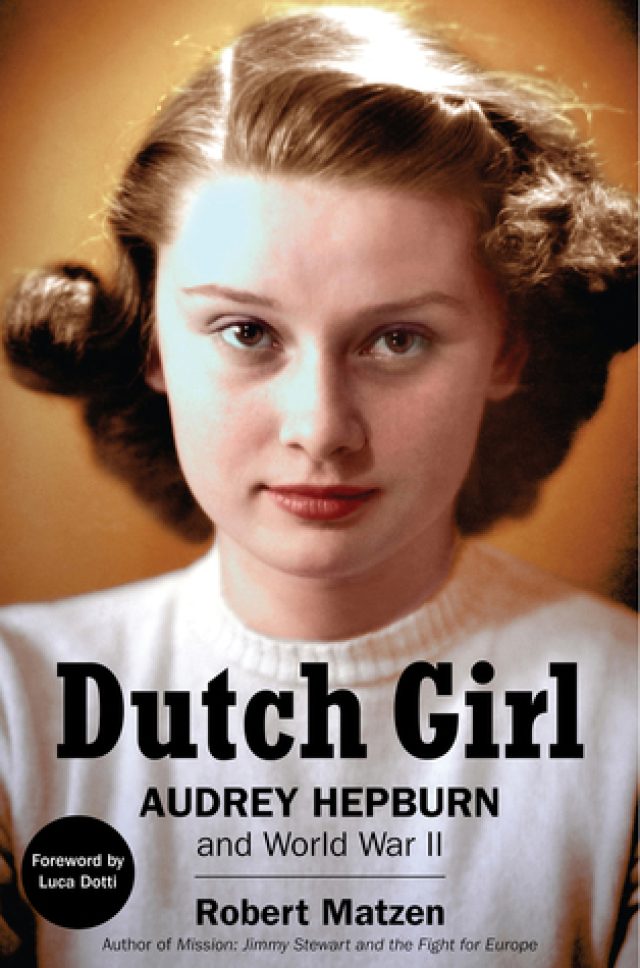 I had always enjoyed her work as an actress and admired her for her many charitable works. Through this book I learned of her work with the Resistance in Holland which was the beginning of her lifelong commitment to serving others.
- Joyce 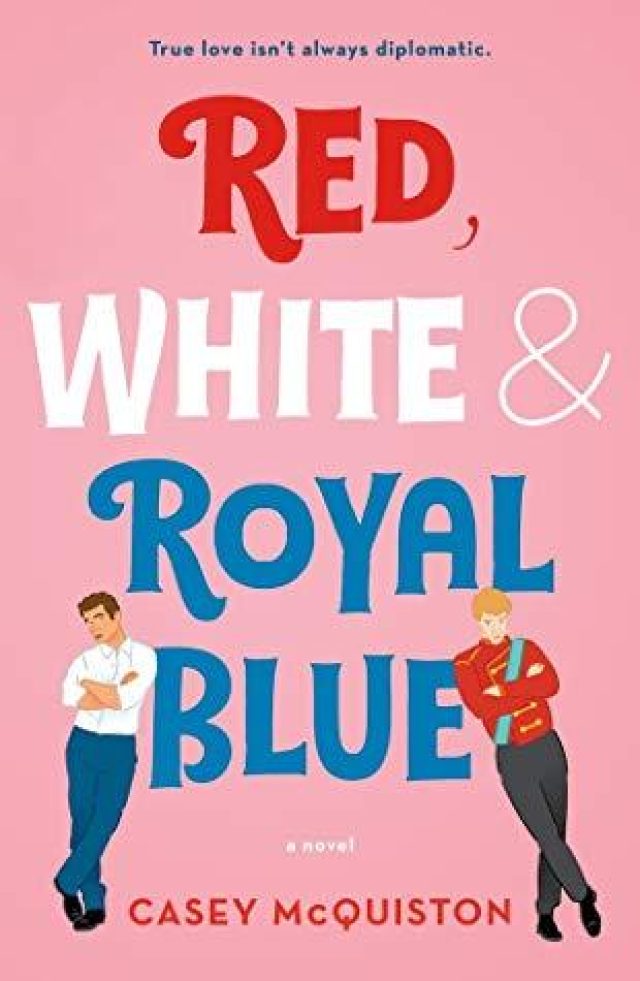 I love a good gay romance but some tend to focus on the more physical aspects rather than the romantic ones. Not this one. Not only is it incredibly romantic but it is also hysterically funny. I remember almost dying laughing several times reading this book. The base of the story is an old cliché (enemies become lovers) but the take on it is so unique, so funny, and so original that it is really fresh and enjoyable. I think this may be my favorite romance novel of all time. It was so unique, so much fun, and so believable in a story that is inherently unlikely to happen. And I've laughed harder at this book than I have at some comedy movies. But most of all what inspired me is what the characters were willing to fight for and willing to give up for love. That means more to me than anything else.
- Jake 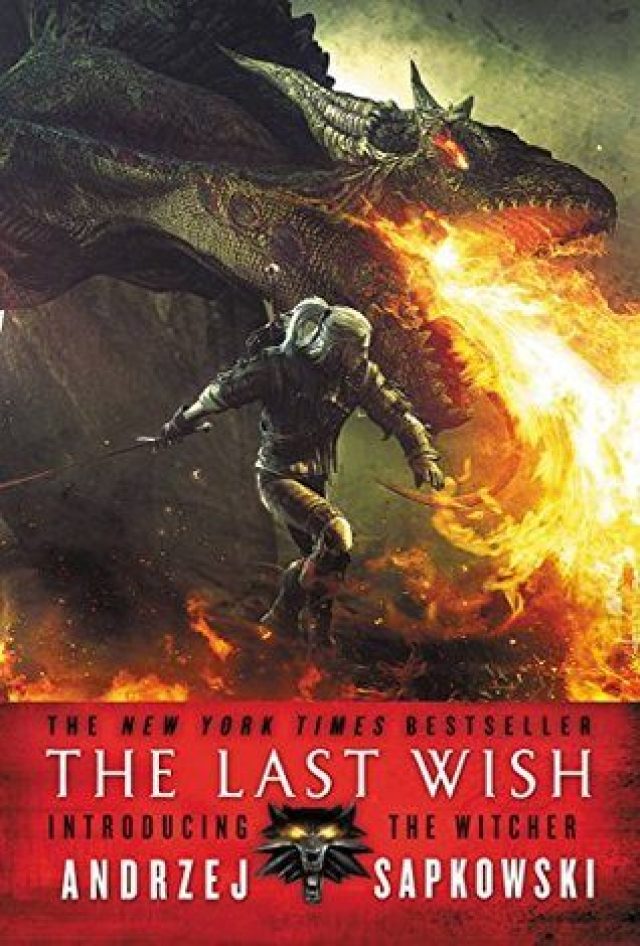 If you enjoyed The Witcher video game series and are massively excited about the new Netflix series, then checkout the original source material for both! These are amazingly detailed, but still incredibly readable, books that are definitely in the dark fantasy genre. If you like fantasy stories with no black and white morality featuring a host of monsters more despicable than the last, this is the series for you. This is a collection of short stories introducing Geralt of Rivia, to be followed by the first novel in the book series, The Blood of Elves.
- Devin 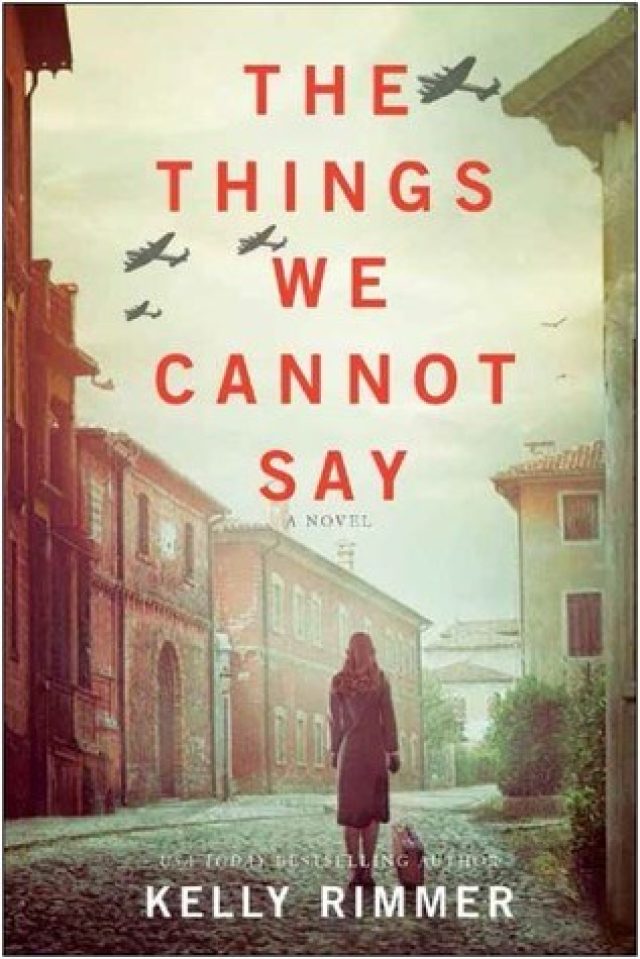 The Things We Cannot Say

I haven't had a book make me cry so much in years - it is so moving and well written. I loved both timelines and it is rare that I like both. A great, 5 star story!
- Dawn 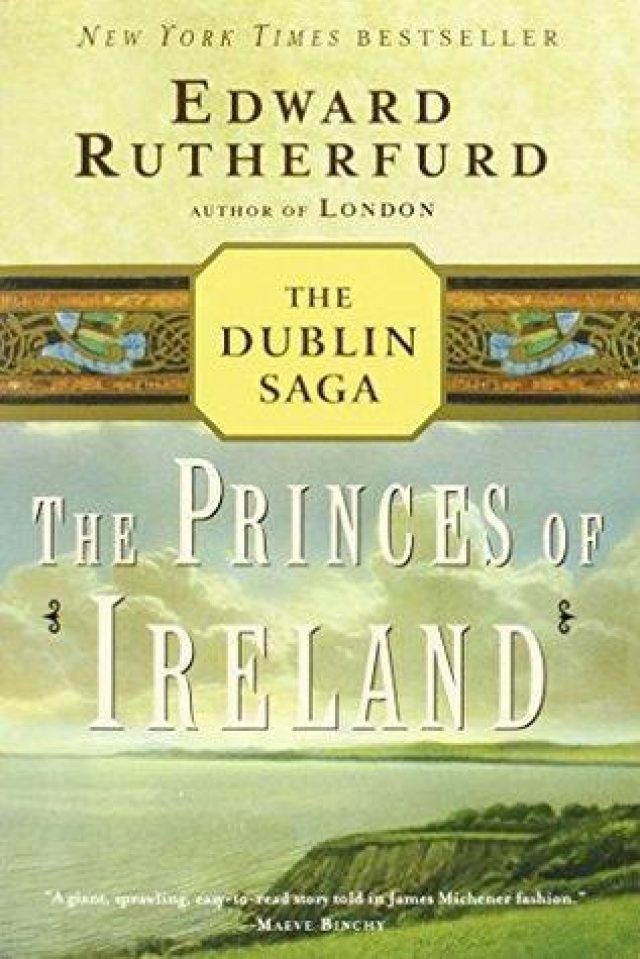 The Princes of Ireland

This is an historical fiction book that traces multiple generations of the Irish people from the Pagan clans to the English oppression and ends with Henry VIII’s men ransacking the country.
- Dorothy 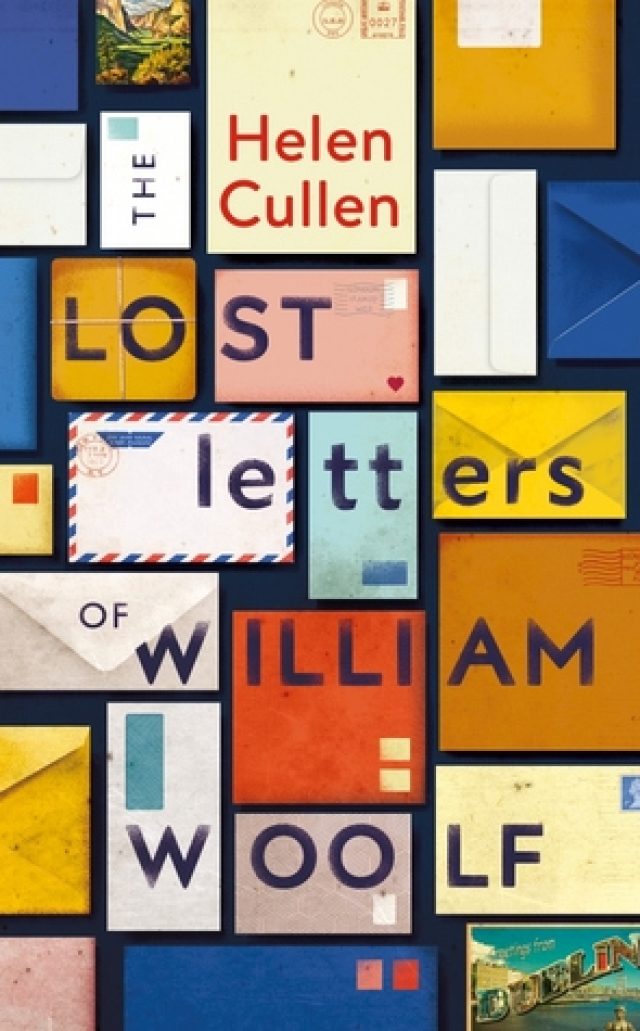 The Lost Letters of William Woolf

I liked this book because it was part mystery (which I love to read) and part romance (which I usually don't read). The author wrote it in a way that the mystery part kept me hooked enough to want to find out what happens to the romance part! It's a quick read and a lot of fun.
- Mary 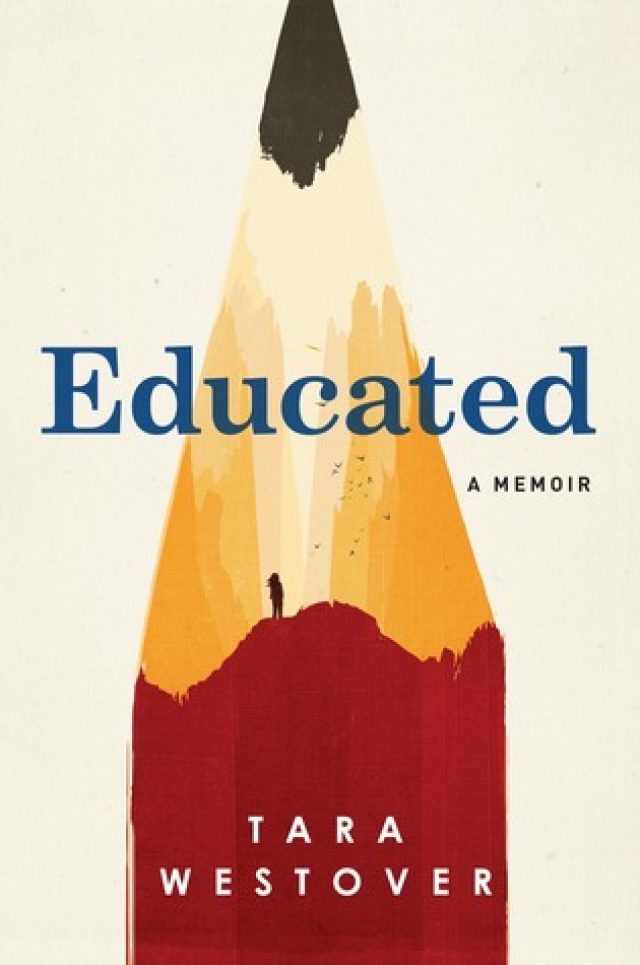 I really don't want this to be my favorite because it's so popular, but I can't help it. "Educated" by Tara Westover was such an incredible memoir, I couldn't put it down. At times it was hard to believe that it is nonfiction. It was a book that I thought about long after I finished it.
- Tara 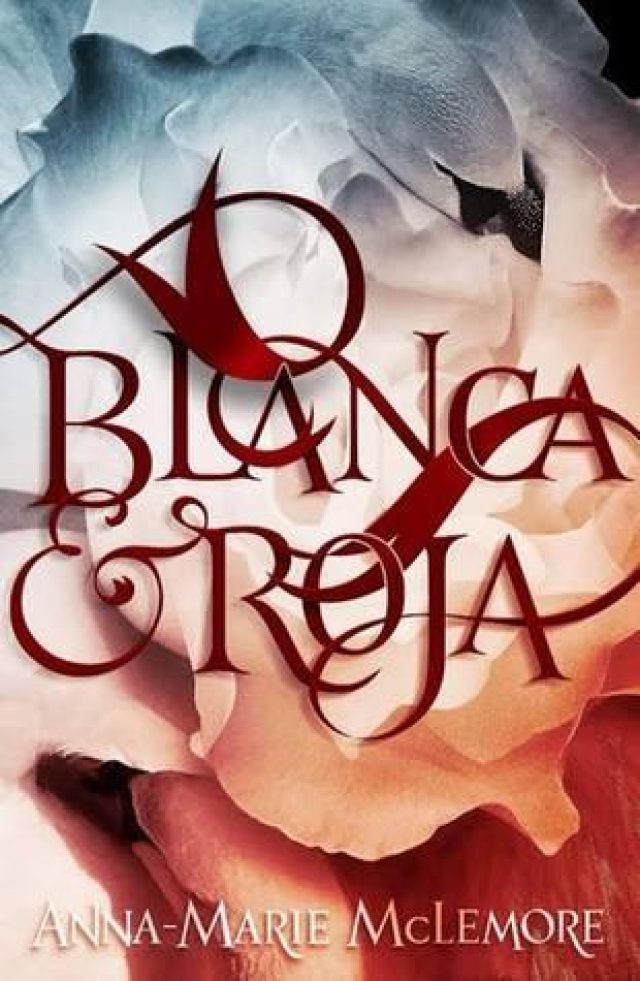 This year has been the year of fairytale retellings for me, and this book was full of them. Mainly based around the story of Snow White And Rose Red, there were also several other tales threaded through it, and it grabbed me from the very beginning. The main characters are POC and LGBT+ and I loved the casualness of the diversity, being true to their story without turning it into tokenism. What really endeared this book to me, however, was how much emotion the story was able to pull from me even once the plot was wrapped up, finding resolutions for the smaller struggles each of the characters had beyond the main story.
- Kaylee 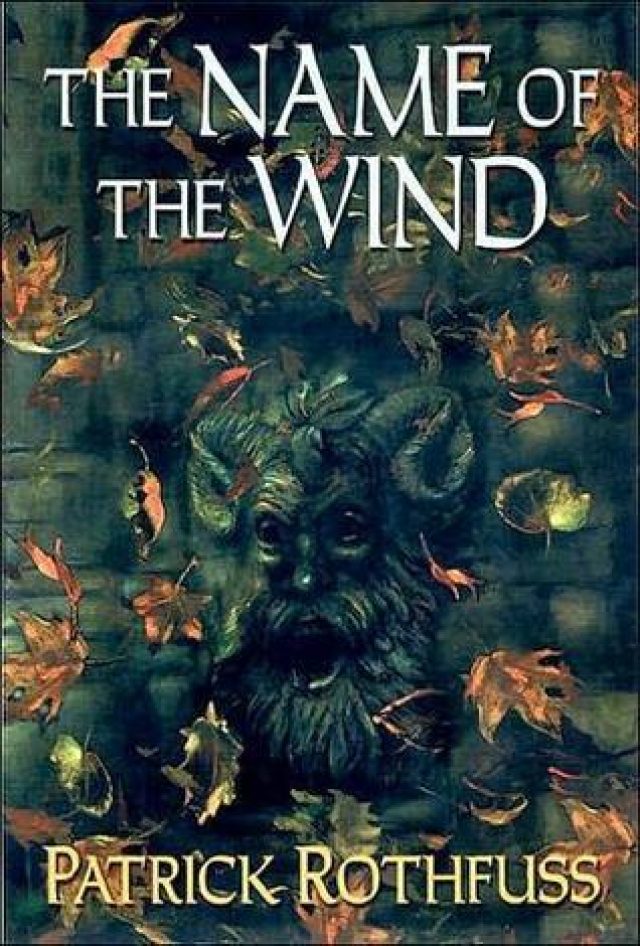 The Name of the Wind

I think that my favorite book this year is one that I am currently reading. I am 95% done with it and feel that it can't disappoint me too much at this point. This book is fantasy novel about a young boy. The story is extremely well written and takes the reader on a journey through the boy's life. I'm not usually a big fantasy reader, so this book was quite a wonderful surprise and I can't wait to read the second book in the series.
- Krista 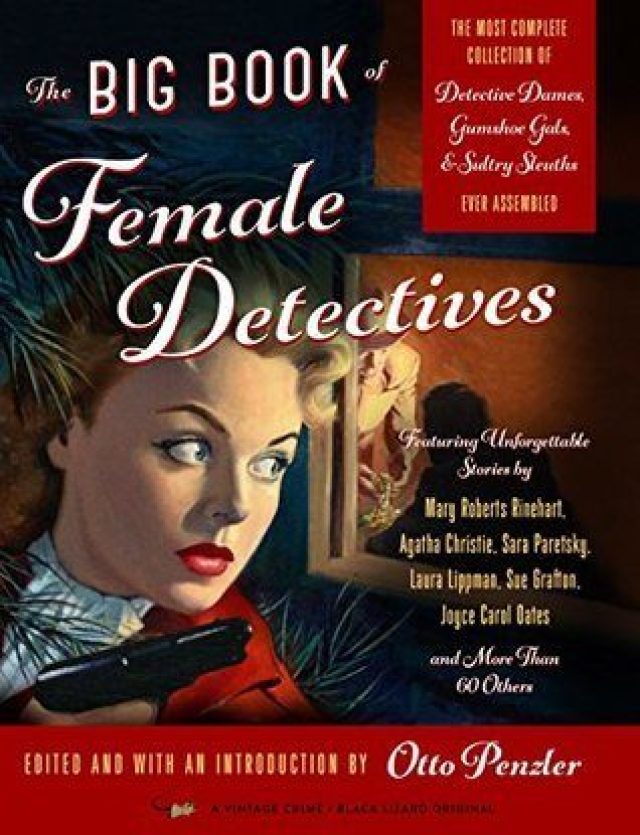 The Big Book of Female Detectives

This anthology is a hidden gem; it collects female detective short stories--and even comic strips--from a sub-genre that does not get enough attention (female sleuths). It showcases that strong, plucky, and adventurous female characters have always existed throughout literature, and this compiled set of stories celebrate women characters in a genre that is typically male-oriented or has more male-centered leads.
- Allie 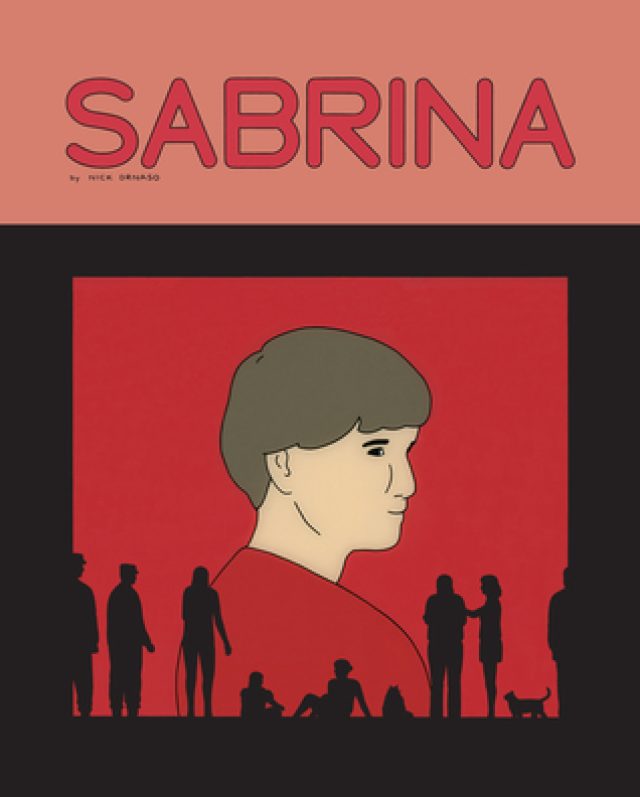 This graphic novel takes a look at various characters who are connected in different ways to a missing woman, Sabrina. The story is often heavy as the characters are still trying to live their lives while grappling with complicated emotions (loss, grief, confusion). The subtle storytelling, rawness, and suspense kept me reading and watching the story unfold through the illustrations.
- Kristen 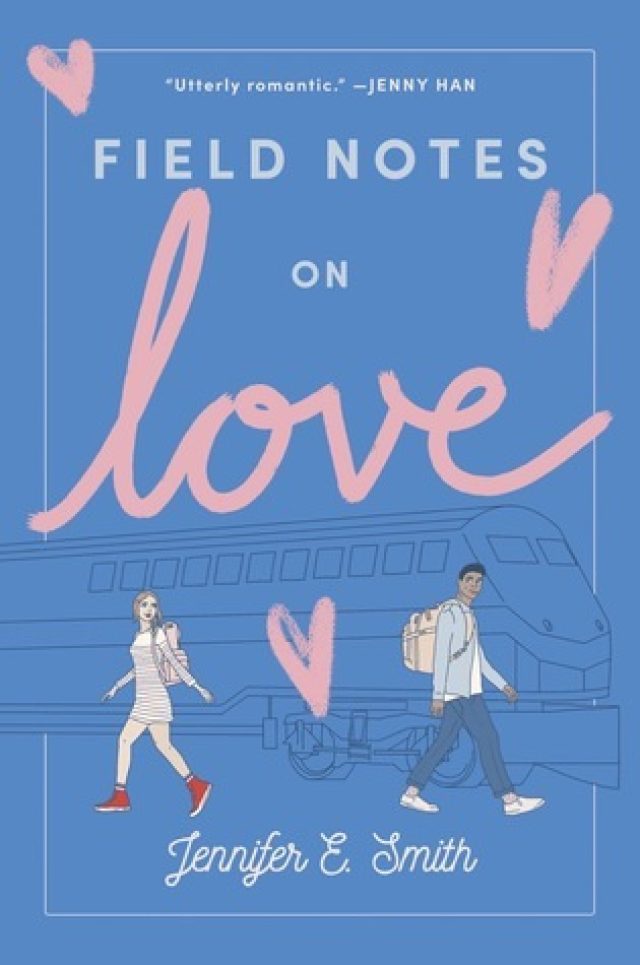 This is a light contemporary romance YA that has a fun aspect of traveling included. It was the first book in a long time that kept me up reading past my bedtime & also made me cry.
- Kelcey 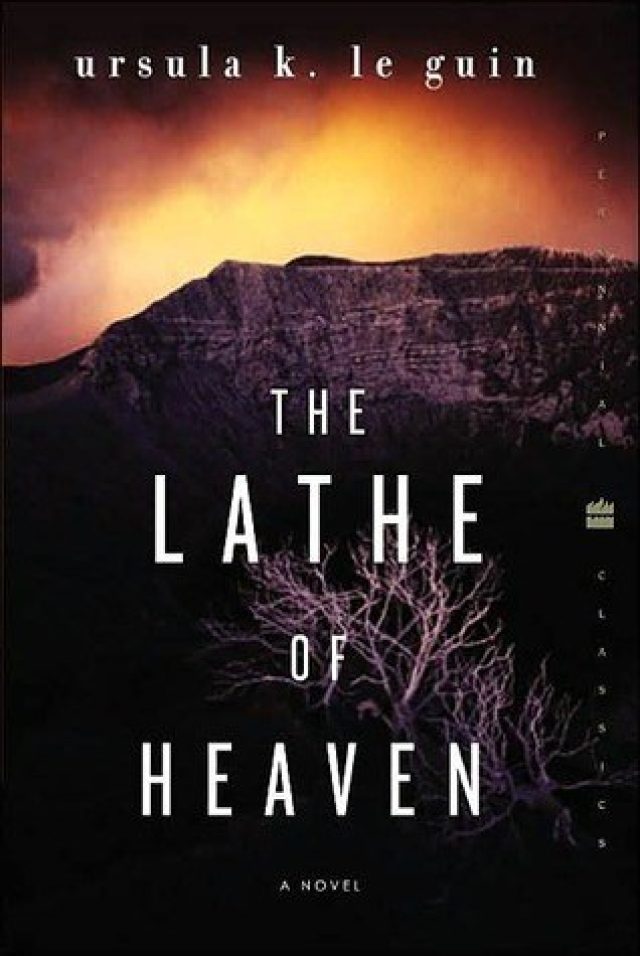 The Lathe of Heaven

This has a very interesting premise where the main character can change reality through the dreams he has while sleeping. It was written in a straight forward, but engaging style the kept me interested. As the plot started rolling I got hooked wanting to know what changes the dreams bring to the world and what would happen to the characters.
- Nathanael 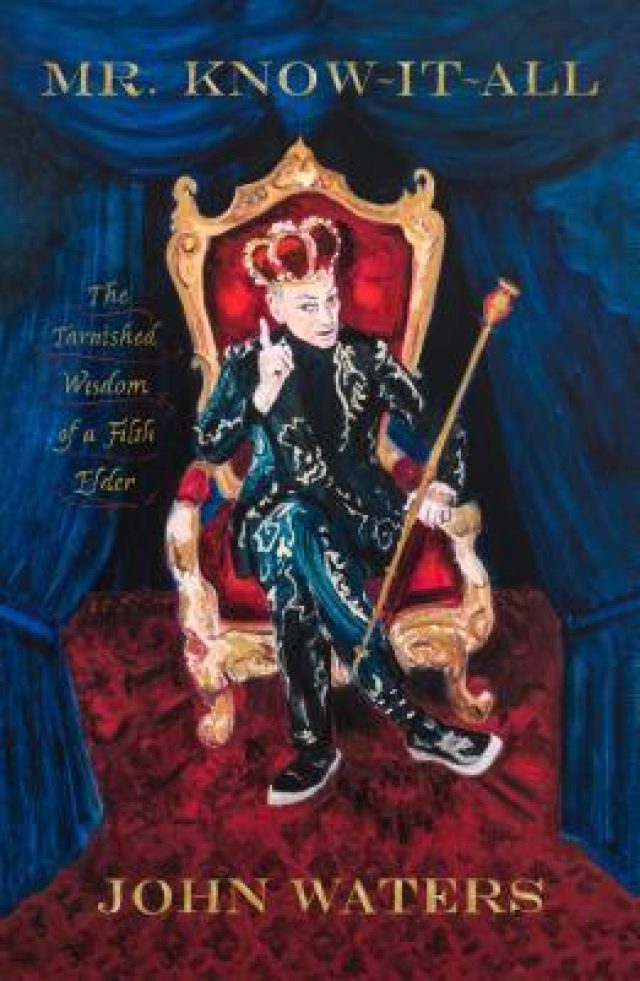 Any time a new John Waters book comes out, I look forward to the audiobook release date. When I start the book, it's like opening a letter from an older uncle I never had. His previous memoirs have been about his role models and his travels on the road. Mr. Know-It-All is Waters looking back on his own career, making the crazy movies (Cry Baby, Pink Flamingos, Polyester) that made me a John Waters fan. If you want to give his books a try, Mr. Know-It-All is a great place to start, and I recommend trying the audiobooks that John Waters narrates himself. For my money, he's the Mark Twain of the 21st century.
- Jacob