Try a Taste of: Armchair Adventures

I know for many of us, the beginning of winter can seem like the end of everything fun for the year. Sometime after the last leaves fall, we find ourselves stuck inside staring out the window at the gray skies. While waiting for spring, consider looking at one of these memoirs for some inspiration.
-Mason 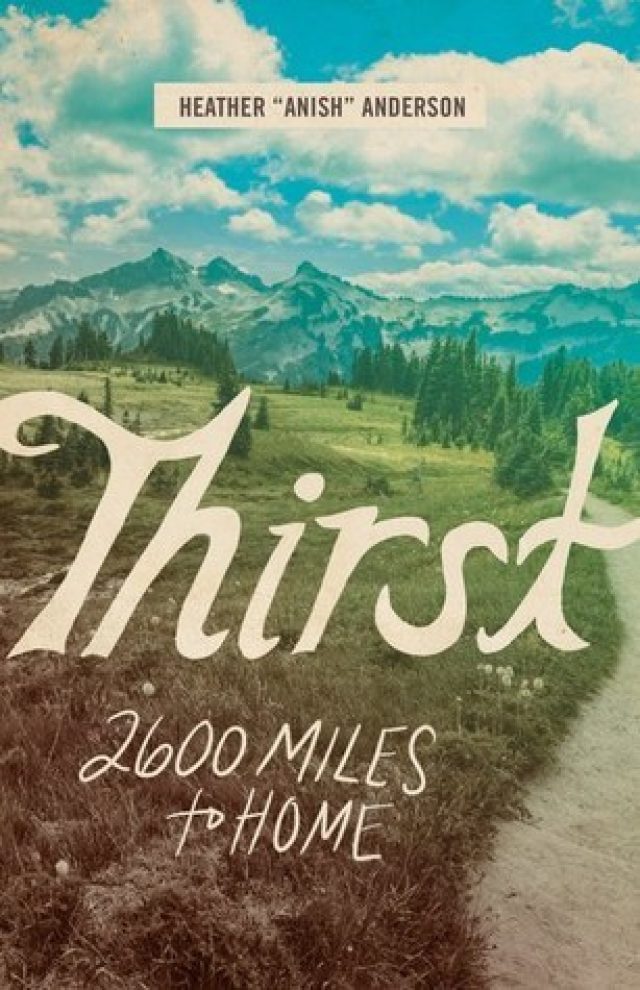 By age 25, Heather Anderson had hiked what is known as the "Triple Crown" of backpacking: the Appalachian Trail (AT), Pacific Crest Trail (PCT), and Continental Divide Trail (CDT)—a combined distance of 7,900 miles with a vertical gain of more than one million feet. A few years later, she left her job, her marriage, and a dissatisfied life and walked back into those mountains.

In her new memoir, Thirst: 2600 Miles to Home, Heather, whose trail name is "Anish," conveys not only her athleticism and wilderness adventures, but also shares her distinct message of courage--her willingness to turn away from the predictability of a more traditional life in an effort to seek out what most fulfills her. Amid the rigors of the trail--pain, fear, loneliness, and dangers--she discovers the greater rewards of community and of self, conquering her doubts and building confidence. Ultimately, she realizes that records are merely a catalyst, giving her purpose, focus, and a goal to strive toward. 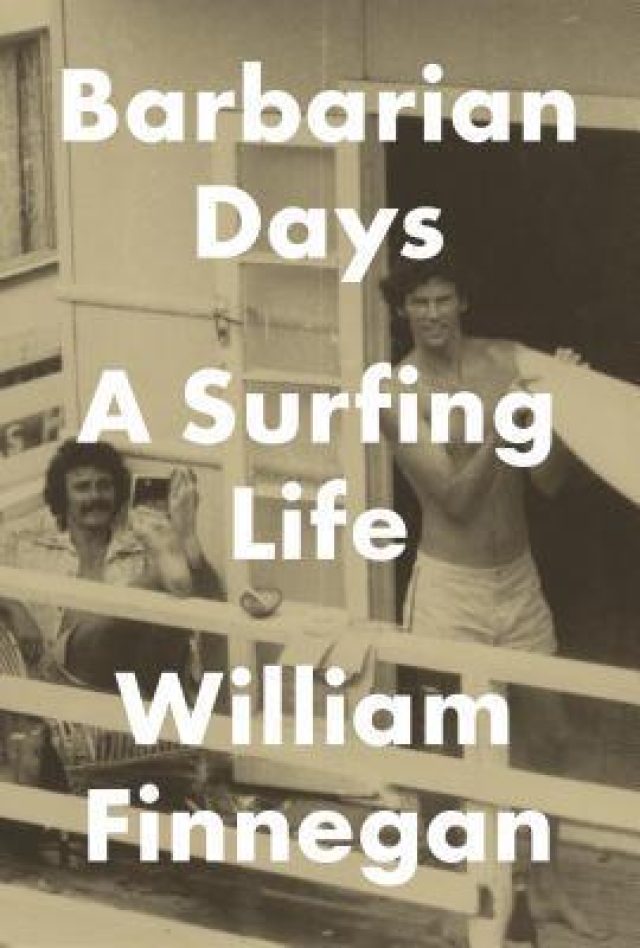 Barbarian Days is William Finnegan’s memoir of an obsession, a complex enchantment. Surfing only looks like a sport. To initiates, it is something else entirely: a beautiful addiction, a demanding course of study, a morally dangerous pastime, a way of life. Raised in California and Hawaii, Finnegan started surfing as a child. He has chased waves all over the world, wandering for years through the South Pacific, Australia, Asia, Africa. A bookish boy, and then an excessively adventurous young man, he went on to become a distinguished writer and war reporter. Barbarian Days takes us deep into unfamiliar worlds, some of them right under our noses—off the coasts of New York and San Francisco. It immerses the reader in the edgy camaraderie of close male friendships annealed in challenging waves.

Finnegan shares stories of life in a whites-only gang in a tough school in Honolulu even while his closest friend was a Hawaiian surfer. He shows us a world turned upside down for kids and adults alike by the social upheavals of the 1960s. He details the intricacies of famous waves and his own apprenticeships to them. Youthful folly—he drops LSD while riding huge Honolua Bay, on Maui—is served up with rueful humor. He and a buddy, their knapsacks crammed with reef charts, bushwhack through Polynesia. They discover, while camping on an uninhabited island in Fiji, one of the world’s greatest waves. As Finnegan’s travels take him ever farther afield, he becomes an improbable anthropologist: unpicking the picturesque simplicity of a Samoan fishing village, dissecting the sexual politics of Tongan interactions with Americans and Japanese, navigating the Indonesian black market while nearly succumbing to malaria. Throughout, he surfs, carrying readers with him on rides of harrowing, unprecedented lucidity.

Barbarian Days is an old-school adventure story, an intellectual autobiography, a social history, a literary road movie, and an extraordinary exploration of the gradual mastering of an exacting, little understood art. Today, Finnegan’s surfing life is undiminished. Frantically juggling work and family, he chases his enchantment through Long Island ice storms and obscure corners of Madagascar.

Hangdog Days: Conflict, Change, and the Race for 5.14

Jeff Smoot was one of those brash young climbers, and here he traces the development of traditional climbing “rules,” enforced first through peer pressure, then later through intimidation and sabotage. In the late ’70s, several climbers began introducing new tactics including “hangdogging,” hanging on gear to practice moves, that the old guard considered cheating. As more climbers broke ranks with traditional style, the new gymnastic approach pushed the limits of climbing from 5.12 to 5.13. When French climber Jean-Baptiste Tribout ascended To Bolt or Not to Be, 5.14a, at Smith Rock in 1986, he cracked a barrier many people had considered impenetrable.

In his lively, fast-paced history enriched with insightful firsthand experience, Smoot focuses on the climbing achievements of three of the era’s superstars: John Bachar, Todd Skinner, and Alan Watts, while not neglecting the likes of Ray Jardine, Lynn Hill, Mark Hudon, Tony Yaniro, and Peter Croft. He deftly brings to life the characters and events of this raucous, revolutionary time in rock climbing, exploring, as he says, “what happened and why it mattered, not only to me but to the people involved and those who have followed.” 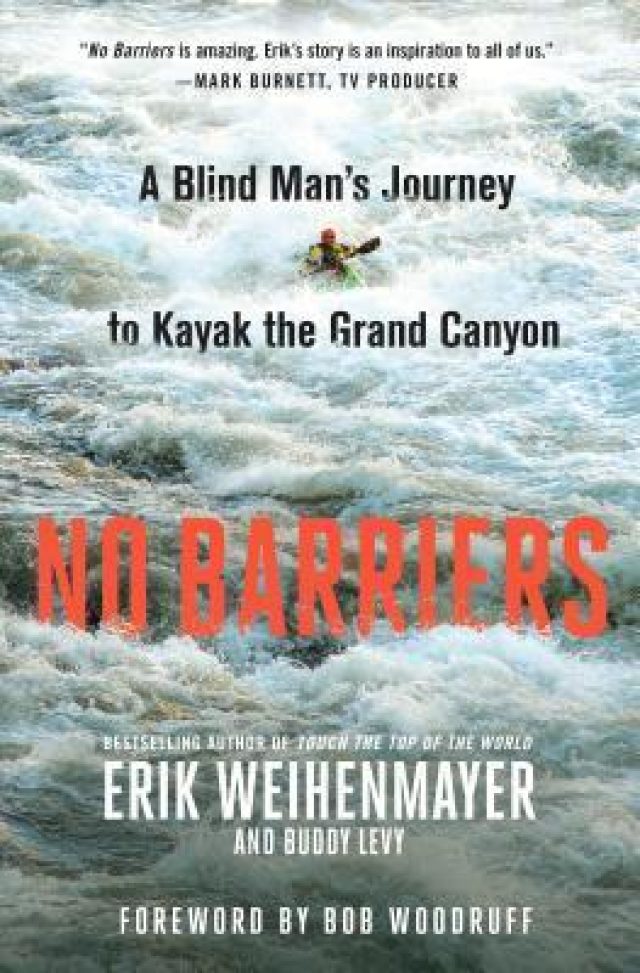 No Barriers: A Blind Man's Journey to Kayak the Grand Canyon

Erik Weihenmayer is the first and only blind person to summit Mount Everest, the highest point on Earth. Descending carefully, he and his team picked their way across deep crevasses and through the deadly Khumbu Icefall; when the mountain was finally behind him, Erik knew he was going to live. His expedition leader slapped him on the back and said something that would affect the course of Erik’s life: “Don’t make Everest the greatest thing you ever do.”

No Barriers is Erik’s response to that challenge. It is the moving story of his journey since descending Mount Everest: from leading expeditions around the world with blind Tibetan teenagers to helping injured soldiers climb their way home from war, from adopting a son from Nepal to facing the most terrifying reach of his life: to solo kayak the thunderous whitewater of the Grand Canyon.

Along the course of Erik’s journey, he meets other trailblazers―adventurers, scientists, artists, and activists―who, despite trauma, hardship, and loss, have broken through barriers of their own. These pioneers show Erik surprising ways forward that surpass logic and defy traditional thinking.

Like the rapids of the Grand Canyon, created by inexorable forces far beneath the surface, No Barriers is a dive into the heart and mind at the core of the turbulent human experience. It is an exploration of the light that burns in all of us, the obstacles that threaten to extinguish that light, and the treacherous ascent towards growth and rebirth. 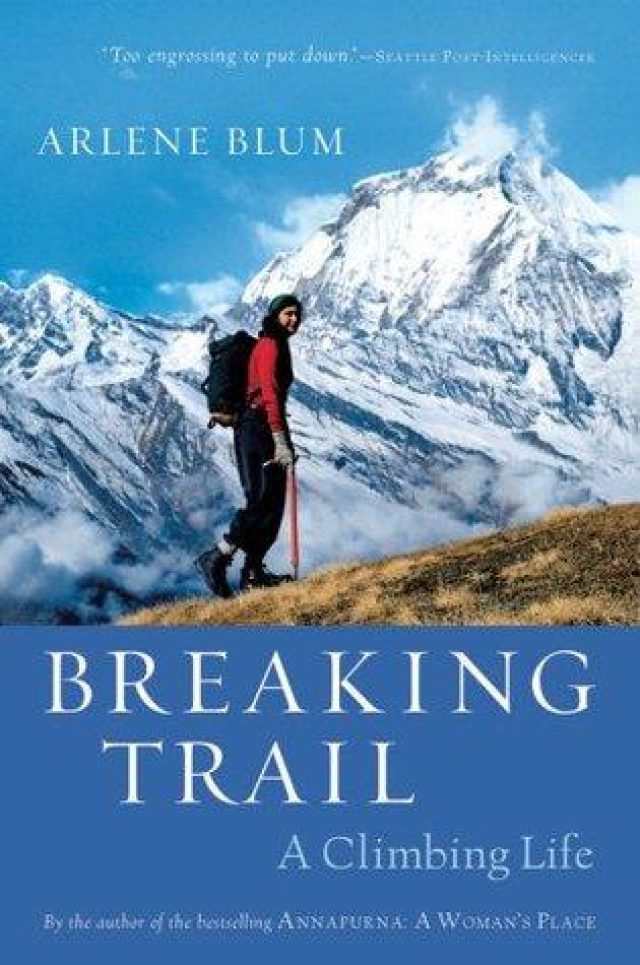 A legendary trailblazer, Arlene Blum defied the climbing establishment of the 1970s by leading the first all-female teams on successful ascents of Mount McKinley and Annapurna and by being the first American woman to attempt Mount Everest. At the same time, her groundbreaking scientific work challenged gender stereotypes in the academic community and led to important legislation banning carcinogens in children’s sleepwear. With candor and humor, Breaking Trail recounts Blum’s journey from an overprotected childhood in Chicago to the tops of some of the highest peaks on earth, and to a life lived on her own terms. Now with an index, additional photos, and a new afterword, this book is a moving testament to the power of taking risks and pursuing dreams. 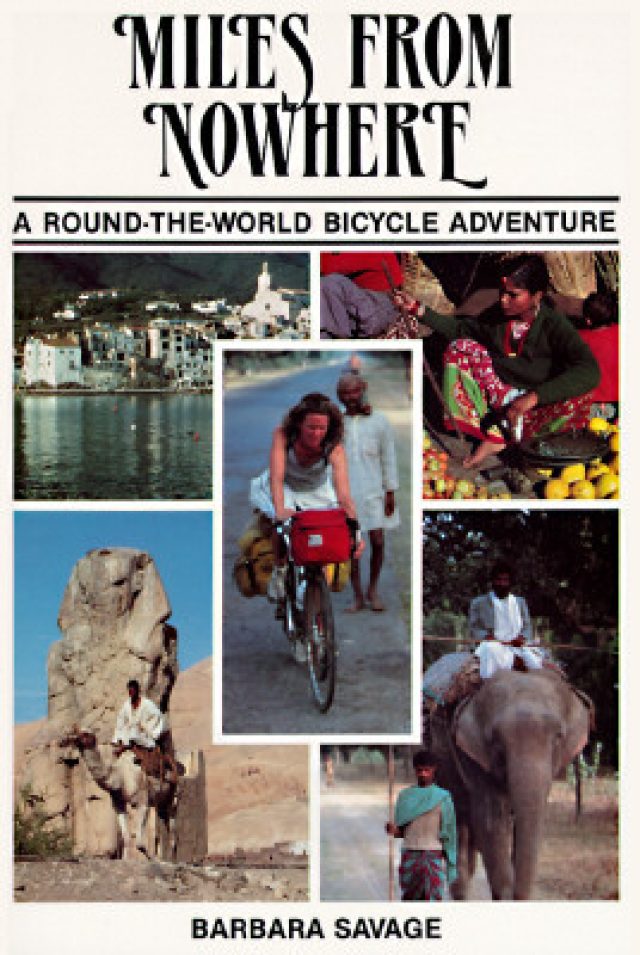 This is the story of Barbara and Larry Savage's sometimes dangerous, often zany, but ultimately rewarding 23,000 miles global bicycle odyssey, which took them through 25 countries in two years. Miles From Nowhere is an adventure not to be missed!

Author Barbara Savage died from head injuries suffered in a cycling accident while she was training for a triathlon competition. This book stands as a tribute to her physical courage, spiritual strength, and loving, good-humored encounter with the world.