Try a Taste of: Conspiracy Culture

How people develop and exchange ideas and beliefs has always been a topic that I find fascinating, especially when it comes to the internet and online spaces. While many conspiracy theories find their roots before personal computing was widespread they have found and targeted new audiences faster than ever before thanks to the internet. These four titles each find their own approaches with people who believe conspiracies, the people who spread them and their strategies, and the ideas themselves. I think in general it's easy to disregard a person who says they believe the earth is flat but after reading these I have a little more empathy for some of them. I have none, however, for the ones with podcasts and Patreons and Substacks and online supplement stores.
-Sam B 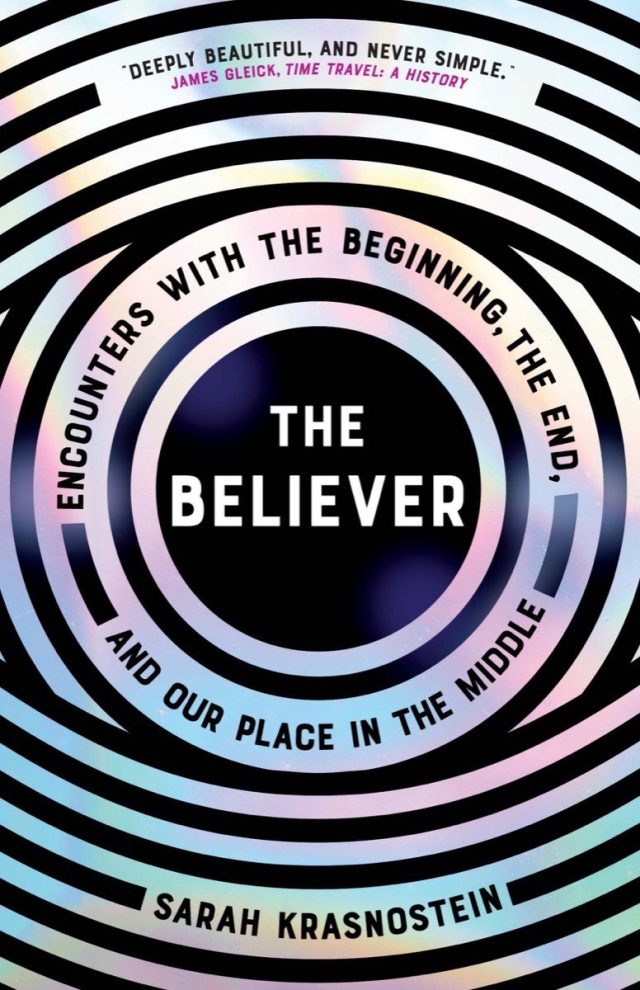 The Believer: Encounters with the Beginning, the End, and our Place in the Middle

For Sarah Krasnostein it begins with a Mennonite choir performing on a subway platform, a fleeting moment of witness that sets her on a fascinating journey to find out why people need to believe in absolute truths and what happens when their beliefs crash into her own. Some of the people Krasnostein interviews believe in things many people do not. Ghosts. UFOs. The literal creation of the universe in six days. Some believe in things most people would like to. Dying with dignity and autonomy. Facing up to our transgressions with truthfulness. Living with integrity and compassion.

By turns devastating and delighting, and captured in snapshot-vivid detail, these six profiles with a death doula, a geologist who believes the world is six thousand years old, a lecturer in neurobiology who spends his weekends ghost hunting, the fiancé of a disappeared pilot and UFO enthusiasts, a woman incarcerated for killing her husband after suffering years of domestic violence, and Mennonite families in New York will leave you convinced that the most ordinary-seeming people are often the most remarkable and that deep and abiding commonalities can be found within the greatest differences.

Vivid, unconventional, entertaining, and full of wonder, Krasnostein interweaves the stories of these believers with compassion and empathy, culminating in an unforgettable tour of the human condition that cuts to the core of who we are as people, and what we’re doing on this earth. 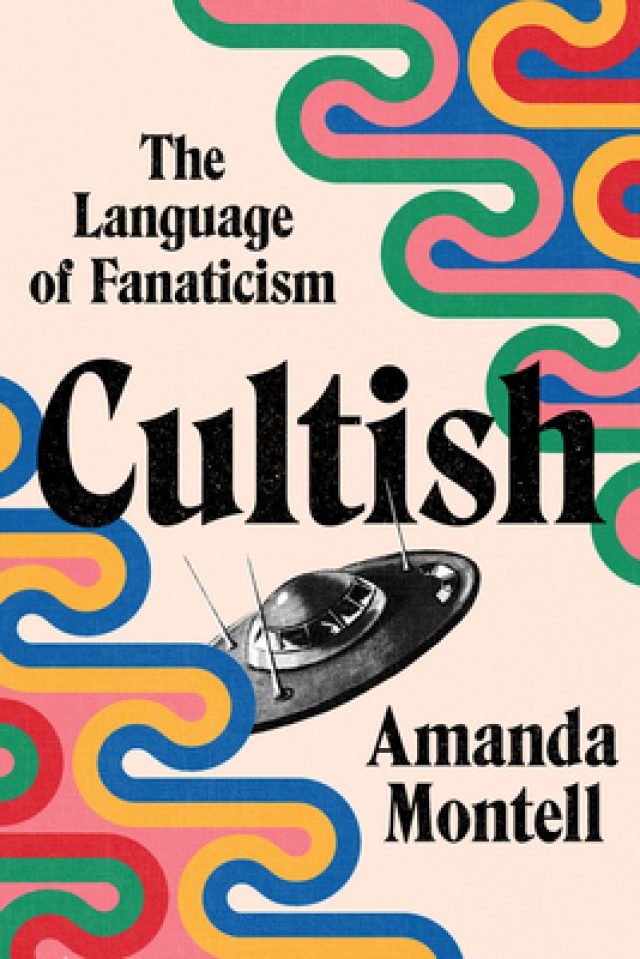 Cultish: the Language of Fanaticism

The author of the widely praised Wordslut analyzes the social science of cult influence: how cultish groups from Jonestown and Scientology to SoulCycle and social media gurus use language as the ultimate form of power.

What makes “cults” so intriguing and frightening? What makes them powerful? The reason why so many of us binge Manson documentaries by the dozen and fall down rabbit holes researching suburban moms gone QAnon is because we’re looking for a satisfying explanation for what causes people to join—and more importantly, stay in—extreme groups. We secretly want to know: could it happen to me? Amanda Montell’s argument is that, on some level, it already has . . .

Our culture tends to provide pretty flimsy answers to questions of cult influence, mostly having to do with vague talk of “brainwashing.” But the true answer has nothing to do with freaky mind-control wizardry or Kool-Aid. In Cultish, Montell argues that the key to manufacturing intense ideology, community, and us/them attitudes all comes down to language. In both positive ways and shadowy ones, cultish language is something we hear—and are influenced by—every single day.

Through juicy storytelling and cutting original research, Montell exposes the verbal elements that make a wide spectrum of communities “cultish,” revealing how they affect followers of groups as notorious as Heaven’s Gate, but also how they pervade our modern start-ups, Peloton leaderboards, and Instagram feeds. Incisive and darkly funny, this enrapturing take on the curious social science of power and belief will make you hear the fanatical language of “cultish” everywhere. 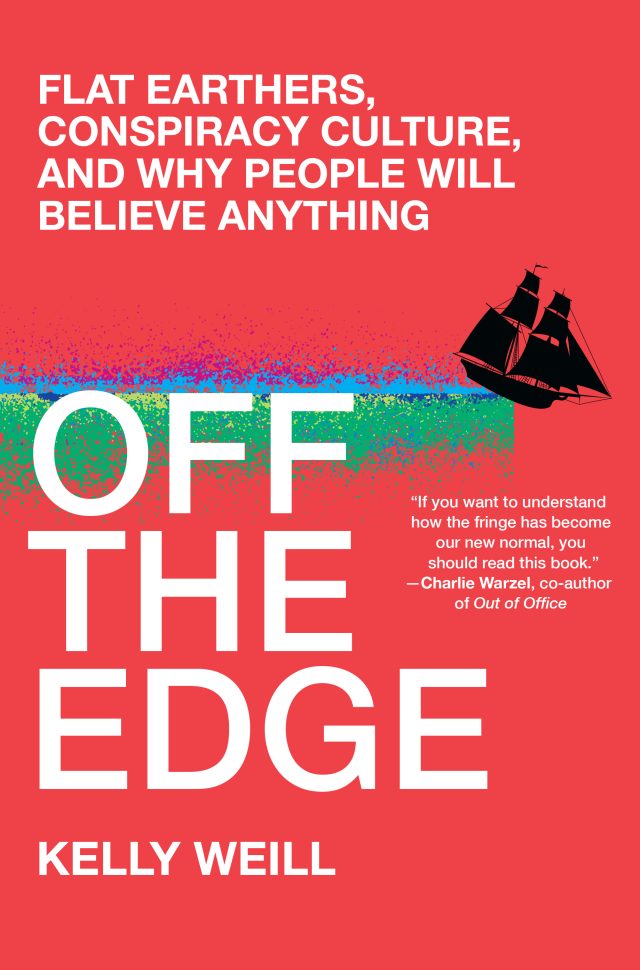 Off the Edge: Flat Earthers, Conspiracy Culture, and Why People Will Believe Anything

Since 2015, there has been a spectacular boom in a nearly two-hundred-year-old delusion—the idea that we all live on a flat plane, under a solid dome, ringed by an impossible wall of ice. It is the ultimate in conspiracy theories, a wholesale rejection of everything we know to be true about the world in which we live. Where did this idea come from? Weill draws a straight line from today’s conspiratorial moment back to the early days of Flat Earth theory in the 1830s, showing the human impulses behind divergences in belief. Faced with a complicated world out of our individual control, we naturally seek patterns to explain the inexplicable. The only difference between then and now? Social media. And, powered by Facebook and YouTube algorithms, the Flat Earth movement is growing.

At once a definitive history of the movement and a readable look at its expansive, absurd, and dangerous present, Off the Edge introduces us to a cast of larger-than-life characters, from 19th-century grifters to 20th-century small-town tyrants to the provocateurs of Alex Jones’s early-aughts internet, whose rancor sowed the early seeds of our modern division. We accompany Weill to Flat Earther conferences, where we meet moms on vacation, determined creationists, scammy YouTube celebrities and their victims, neo-Nazi rappers, and even a man determined to fly into space in a homemade rocket-powered balloon—whose tragic death proves as senseless and absurd as the theory he set out to prove.

Incisive and clear-eyed, Off the Edge tells a powerful story about belief, exploring how we arrived at this moment of polarized realities and explaining what needs to happen so that we might all return to the same spinning globe.

Republic of Lies: American Conspiracy Theorists and Their Surprising Rise to Power

A riveting tour through the landscape and meaning of modern conspiracy theories, exploring the causes and tenacity of this American malady, from Birthers to Pizzagate and beyond.

American society has always been fertile ground for conspiracy theories, but with the election of Donald Trump, previously outlandish ideas suddenly attained legitimacy. Trump himself is a conspiracy enthusiast: from his claim that global warming is a Chinese hoax to the accusations of “fake news,” he has fanned the flames of suspicion.

But it was not by the power of one man alone that these ideas gained new power. Republic of Lies looks beyond the caricatures of conspiracy theorists to explain their tenacity. Without lending the theories validity, Anna Merlan gives a nuanced, sympathetic account of the people behind them, across the political spectrum, and the circumstances that helped them take hold. The lack of a social safety net, inadequate education, bitter culture wars, and years of economic insecurity have created large groups of people who feel forgotten by their government and even besieged by it. Our contemporary conditions are a perfect petri dish for conspiracy movements: a durable, permanent, elastic climate of alienation and resentment. All the while, an army of politicians and conspiracy-peddlers has fanned the flames of suspicion to serve their own ends. 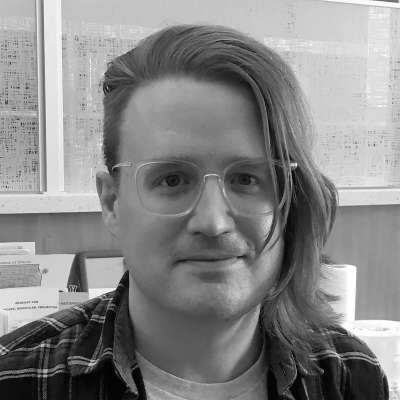 Sam is a Circulation Clerk and technology enthusiast who can be found providing tech support and classes at EPL or Main Street Community Center. They enjoy books about Technology and Design, Horror movies, and fast paced video games about dropping shapes. 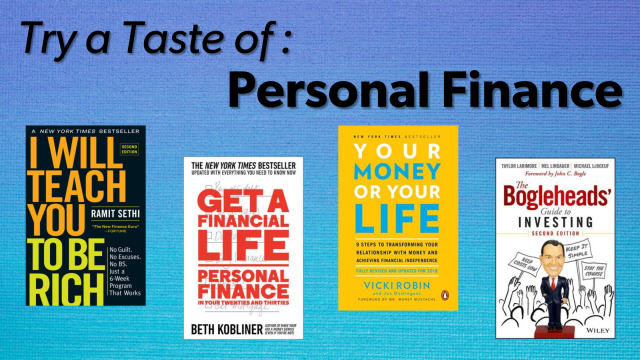 Try a Taste of: Personal Finance

Learn more about getting your finances in order with these book suggestions. 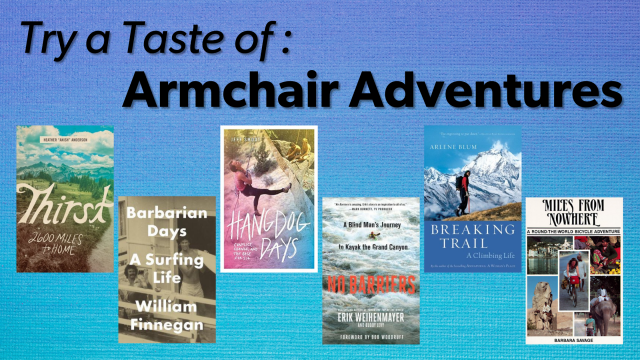 Try a Taste of: Armchair Adventures

Go on an adventure from the comfort of your couch with these memoirs!