Try a Taste of: Cozy Mystery on the Beach

The perfect “beach read” will look different for each person. For some, it’s a light novel with a predictable plot, allowing you to set it aside for other activities and then slip seamlessly back into the story when you come back. For others, it’s a heavier book with an intricate plot that you haven’t had the opportunity to focus on until now. Regardless of your perfect idea of a beach read, or if you’ll actually be reading on a beach this summer, each of the books in this blog series will take you on your own mini vacation. This week, curl up with these cozy mysteries set on or near the beach!

Summer Merriweather's career as a Shakespeare professor hangs by a bookbinder's thread. Academic life at her Virginia university is a viper's pit, so Summer spends her summer in England, researching a scholarly paper that, with any luck, will finally get her published, impress the Dean, and save her job. But her English idyll ends when her mother, Hildy, shuffles off her mortal coil from an apparent heart attack.

Returning to Brigid's Island, NC, for the funeral, Summer is impatient to settle the estate, sell her mom's embarrassingly romance-themed bookstore, Beach Reads, and go home. But as she drops by Beach Reads, Summer finds threatening notes addressed to Hildy: "Sell the bookstore or die."

Clearly,something is rotten on Brigid's Island. What method is behind the madness? Was Hildy murdered? The police insist there's not enough evidence to launch a murder investigation. Instead, Summer and her Aunt Agatha screw their courage to the sticking place and start sleuthing, with the help of Hildy's beloved book club. But there are more suspects on Brigid's Island than are dreamt of in the Bard's darkest philosophizing. And if Summer can't find the villain, the town will be littered with a Shakespearean tragedy's worth of corpses--including her own. 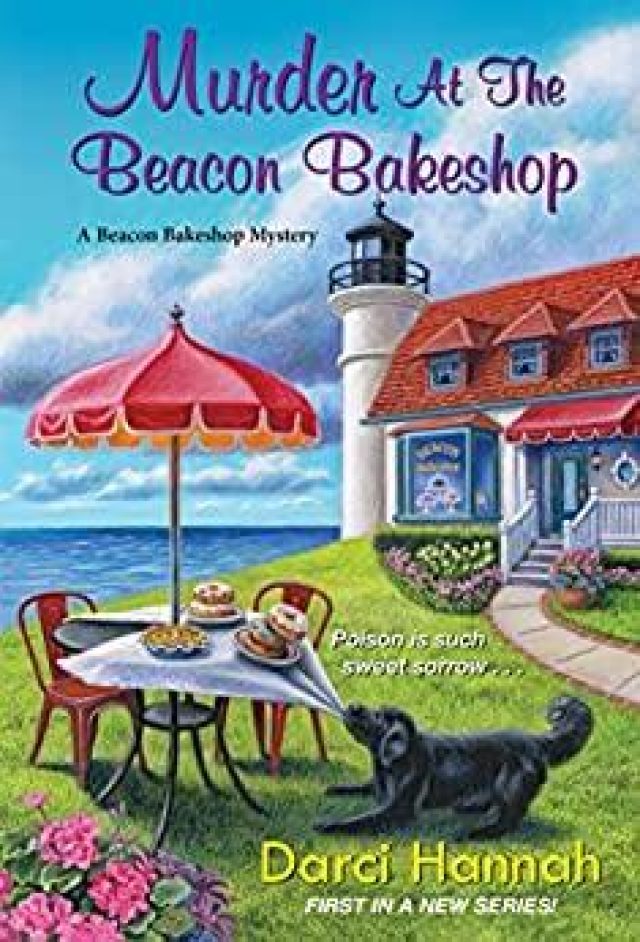 Murder at the Beacon Bakeshop

More interested in kneading dough than adding it up, Lindsey's breakup inspired her to set up the shop she always wanted in a place that always made her happy. She'd spent many childhood summers near this beach community and converting the old run-down lighthouse into a bakery cafe and home offers a perfect fresh start for Lindsey and her devoted Newfoundland dog, Wellington.

But not everyone in town has a sweet tooth. The preservation society won't have the lighthouse's history sugar coated by lattes and cakes—and a protest group crashes Lindsey's Memorial Day opening. Then her ex-fiance Jeffrey Plank and his girlfriend Mia Wong arrive to trash the place. In the ensuing chaos Mia chokes on a donut and dies.

An autopsy reveals cyanide in Mia's bloodstream and Lindsey is the police's prime suspect. To clear her name, she's going to need to combine ingredients found in the town's checkered past to uncover the identity of a desperate killer . . . 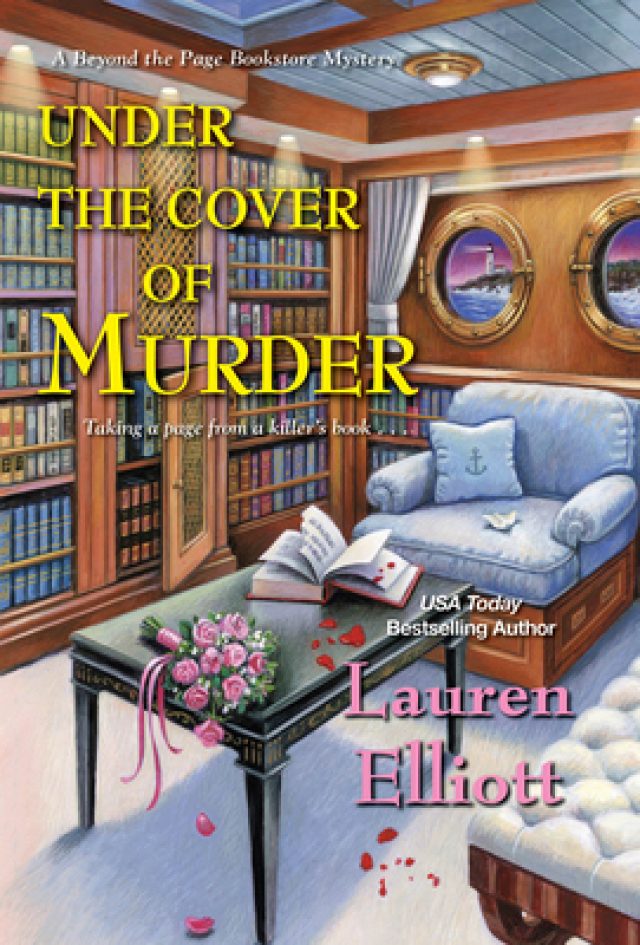 Under the Cover of Murder

It promises to be Greyborne Harbor's wedding of the year. The impending nuptials of Serena Chandler and Zach Ludlow will take place aboard his family's luxurious super-yacht, currently moored in the harbor and the talk of the town. But on the day of the wedding, a man's body washes up on the beach with no ID, only a torn page from a book in his pocket. As owner of Beyond the Page Books and Curios, bibliophile Addie is called in to identify the book, but she cannot.

The morning following the extravagant ceremony, a second body washes ashore and Addie has a sinking feeling that the two deaths are connected. While the guests are held on the yacht as the police investigate, at least Addie can peruse Zach's father's rare books library on board. A copy of Agatha Christie's first Hercule Poirot novel, The Mysterious Affair at Styles, provides a clue that the killer may still be on the ship—but narrowing down the suspects without becoming the next victim may prove a truly Herculean task . . . 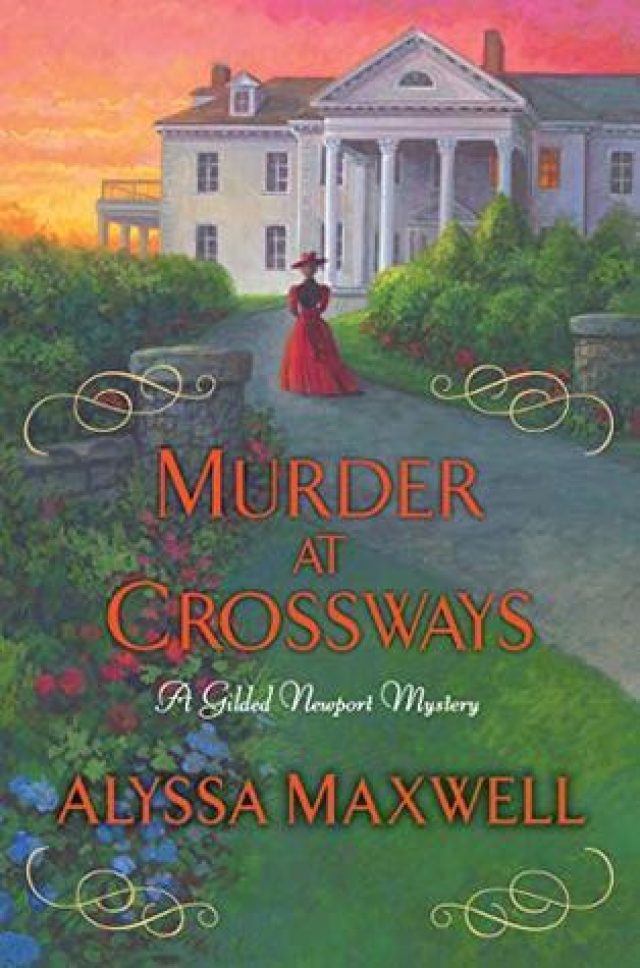 The days are getting shorter as summer's end approaches, which means it's time for the Harvest Festival, the last big event of the season, held by Mamie Fish, wife of millionaire railroad tycoon Stuyvesant Fish, at their grand "cottage," Crossways. The neocolonial mansion is decked out in artificial autumn splendor, and an extravagant scavenger hunt will be held. But the crowning jewel of the evening will be the guest of honor, Prince Otto of Austria.

As acting editor-in-chief of the Newport Messenger, Emma had hoped to leave her days as a society reporter behind her. But at the last moment, she must fill in and attend the Harvest Festival. With nearly every eligible daughter of Newport high society in attendance, Emma can almost hear romantic dreams shattering like glass slippers when the prince fails to appear. The next morning, he is found dead in the side garden at Crossways, making it clear a murderer crashed the party.

The prince has been stabbed in the same manner as another man, recently found on nearby Bailey's Beach—who strongly resembles Emma's half-brother Brady's father, presumed dead for nearly thirty years after a yachting mishap. As Emma investigates a connection between the two victims, she is joined on the hunt by Mamie Fish herself. But they must hurry—before the killer slips away like the fading summer . . . 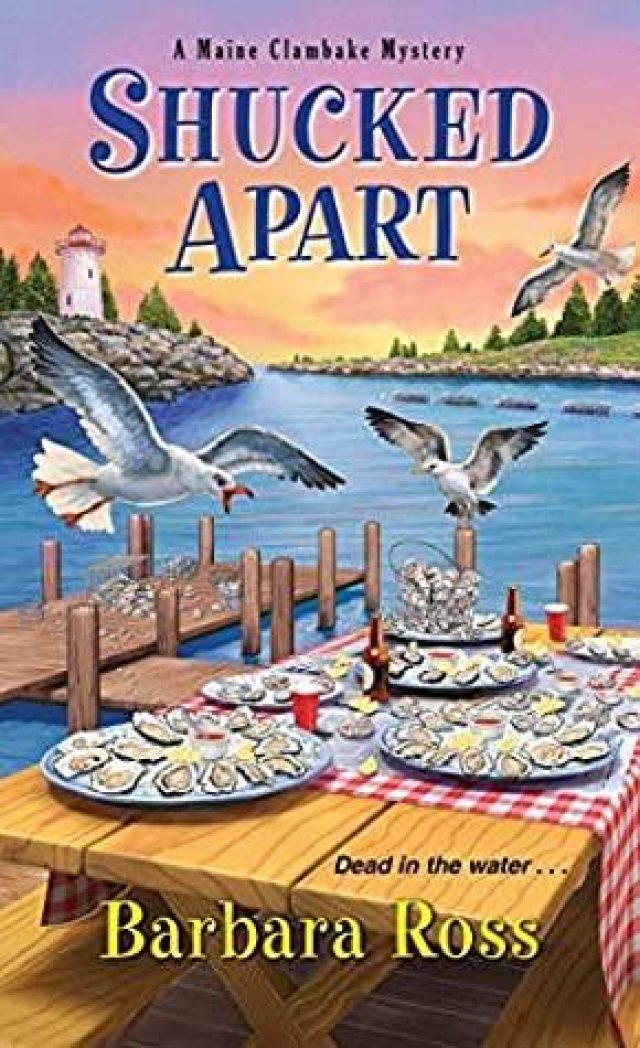 The Snowden Family Clambake Company has a beloved reputation in Busman’s Harbor, Maine. Almost as famous is the sleuthing ability of proprietor Julia Snowden, which is why an oyster farmer seeks her out when she’s in trouble.

When Andie Greatorex is robbed of two buckets of oyster seed worth $35,000, she wonders if somebody’s trying to mussel her out of business. Could it be a rival oyster farmer, a steamed former employee, or a snooty summer resident who objects to her unsightly oyster cages floating on the beautiful Damariscotta River? There’s also a lobsterman who’s worried the farm’s expanding lease will encroach on his territory and Andie’s ex-partner, who may come to regret their split. Before Julia can make much headway in the investigation, Andie turns up dead, stabbed by a shucking knife. Now it’s up to Julia to set a trap for a cold and clammy killer . . . 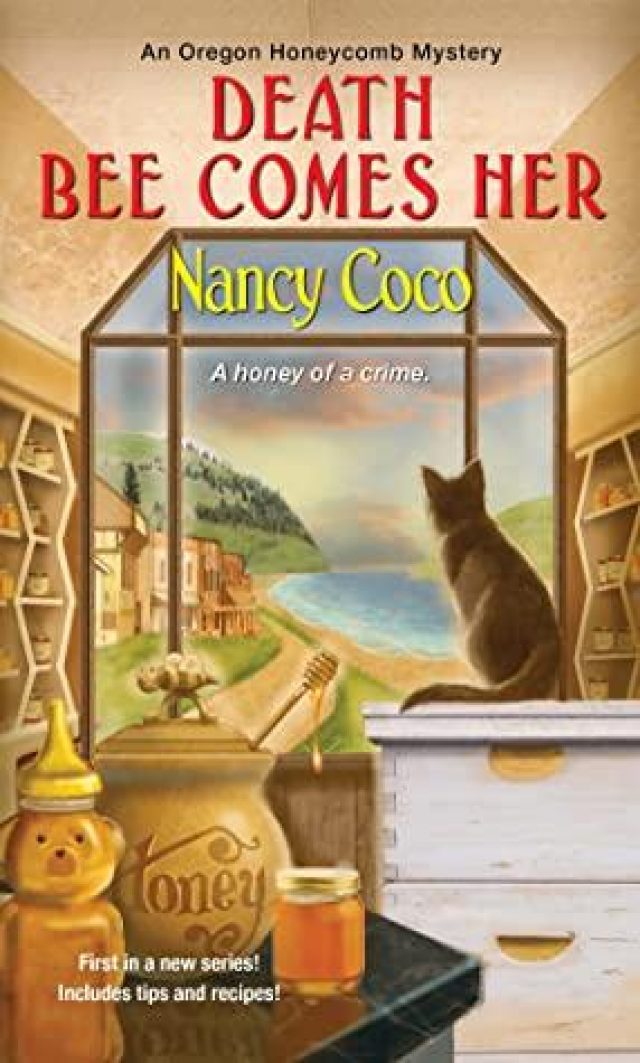 With her Let It Bee honey boutique buzzing along nicely, life is as sweet as nectar for Wren Johnson—until she takes a morning walk along the Pacific beach with her Havana Brown cat, Everett, and stumbles upon the body of Agnes Snow, the cranky queen of the local craft fairs, stiff as driftwood. More unfortunate? Clutched in the victim’s fist is a label from Wren’s homemade beeswax-and-honey lip balm. Which makes Officer Jim Hampton focus his dreamy-blue Paul Newman eyes on Wren as suspect number one.

With fabulous feline support from Everett, Wren must comb the town for clues and clear her name before someone else gets stung. 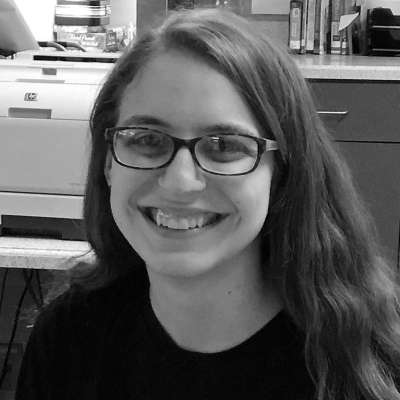