Try a Taste of: Newer Novels

I love reading and sometimes it’s hard to pick a favorite genre! My reading “likes” tend to go in phases. My go-to books are Mysteries/Thrillers, either stand-alone or part of a series. However, I also like to scan the “recently published” shelves for other fiction and/or non-fiction books that catch my interest. I also watch books that patrons are checking out and if the cover or description catches my eye I’ll put those on my holds list. Honestly, my reading tastes are all over the board. Below you’ll find some of the newer novels I’ve recently read. I hope you find one that you’ll enjoy!
-Mary 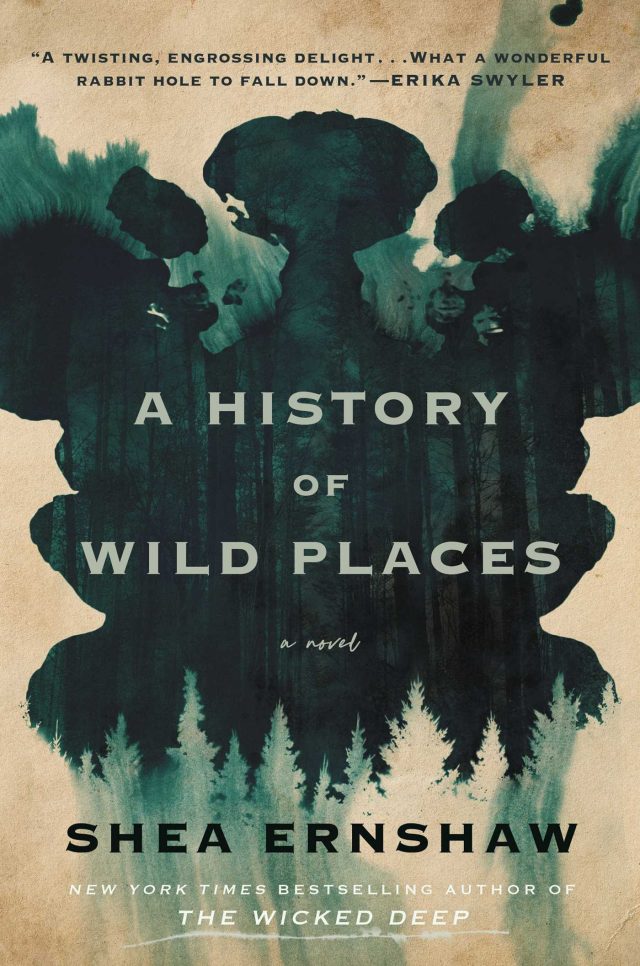 A History of Wild Places

Travis Wren has an unusual talent for locating missing people. Hired by families as a last resort, he requires only a single object to find the person who has vanished. When he takes on the case of Maggie St. James—a well-known author of dark, macabre children’s books—he’s led to a place many believed to be only a legend.

Called "Pastoral," this reclusive community was founded in the 1970s by like-minded people searching for a simpler way of life. By all accounts, the commune shouldn’t exist anymore and soon after Travis stumbles upon it… he disappears. Just like Maggie St. James.

Years later, Theo, a lifelong member of Pastoral, discovers Travis’s abandoned truck beyond the border of the community. No one is allowed in or out, not when there’s a risk of bringing a disease—rot—into Pastoral. Unraveling the mystery of what happened reveals secrets that Theo, his wife, Calla, and her sister, Bee, keep from one another. Secrets that prove their perfect, isolated world isn’t as safe as they believed—and that darkness takes many forms. 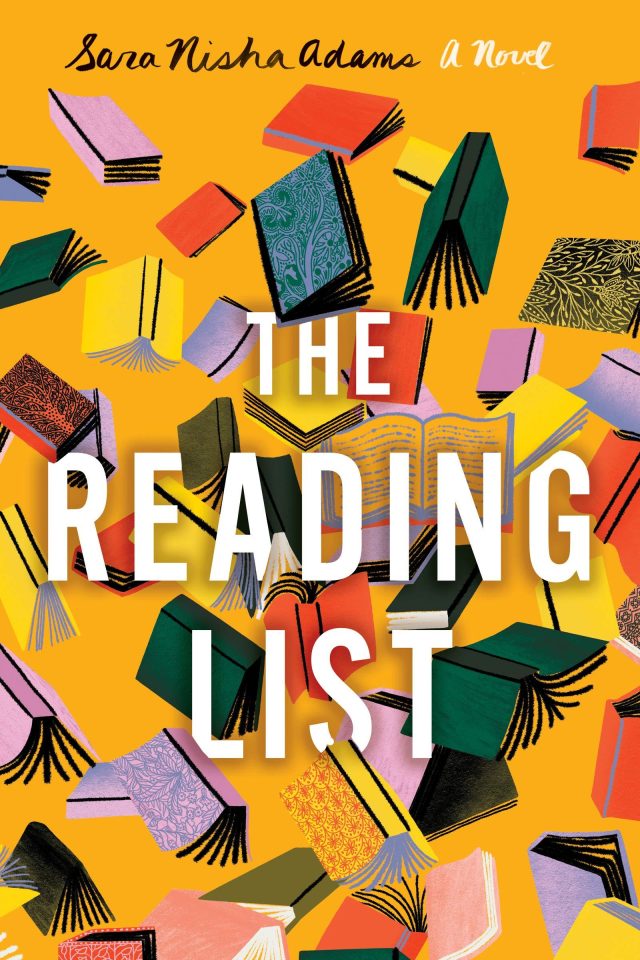 Widower Mukesh lives a quiet life in the London Borough of Ealing after losing his beloved wife. He shops every Wednesday, goes to Temple, and worries about his granddaughter, Priya, who hides in her room reading while he spends his evenings watching nature documentaries.

Aleisha is a bright but anxious teenager working at the local library for the summer when she discovers a crumpled-up piece of paper in the back of To Kill a Mockingbird. It’s a list of novels that she’s never heard of before. Intrigued, and a little bored with her slow job at the checkout desk, she impulsively decides to read every book on the list, one after the other. As each story gives up its magic, the books transport Aleisha from the painful realities she’s facing at home.

When Mukesh arrives at the library, desperate to forge a connection with his bookworm granddaughter, Aleisha passes along the reading list… hoping that it will be a lifeline for him too. Slowly, the shared books create a connection between two lonely souls, as fiction helps them escape their grief and everyday troubles and find joy again. 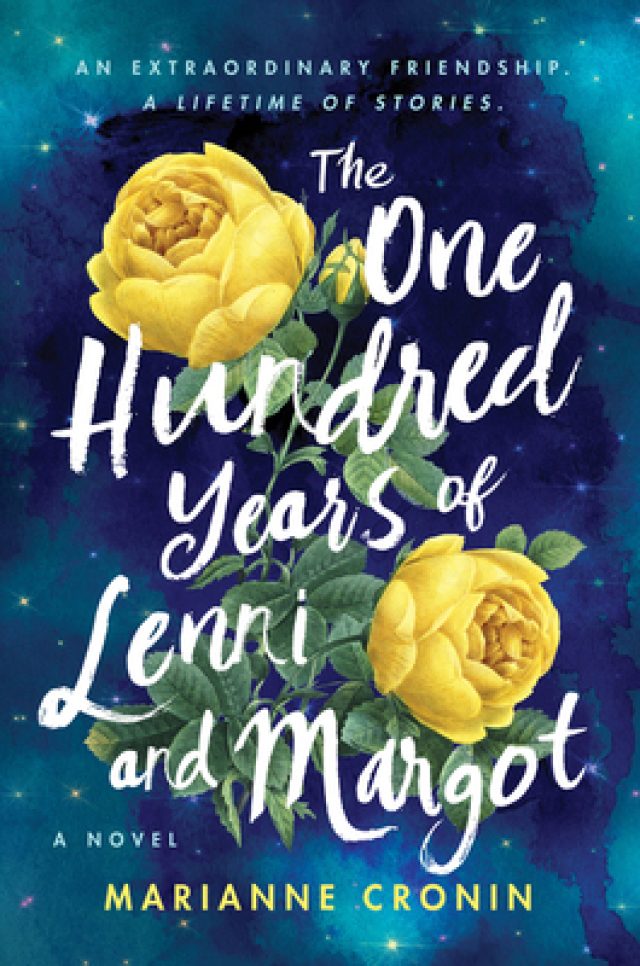 The One Hundred Years of Lenni and Margot

Life is short. No-one knows that better than seventeen year old Lenni living on the terminal ward. But as she is about to learn, it's not only what you make of life that matters, but who you share it with.

Dodging doctor's orders, she joins an art class where she bumps into fellow patient Margot, a rebel-hearted eighty three year old from the next ward. Their bond is instant as they realize that together they have lived an astonishing one hundred years.

To celebrate their shared century, they decide to paint their life stories: of growing old and staying young, of giving joy, of receiving kindness, of losing love, of finding the person who is everything.

As their extraordinary friendship deepens, it becomes vividly clear that life is not done with Lenni and Margot yet. 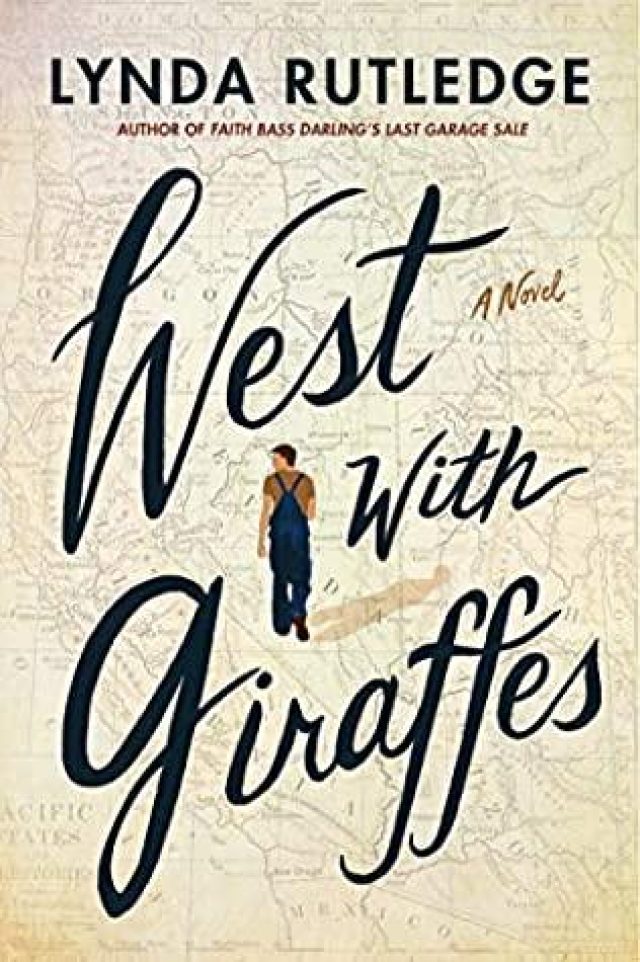 “Few true friends have I known and two were giraffes…”

Woodrow Wilson Nickel, age 105, feels his life ebbing away. But when he learns giraffes are going extinct, he finds himself recalling the unforgettable experience he cannot take to his grave.

It’s 1938. The Great Depression lingers. Hitler is threatening Europe, and world-weary Americans long for wonder. They find it in two giraffes who miraculously survive a hurricane while crossing the Atlantic. What follows is a twelve-day road trip in a custom truck to deliver Southern California’s first giraffes to the San Diego Zoo. Behind the wheel is the young Dust Bowl rowdy Woodrow. Inspired by true events, the tale weaves real-life figures with fictional ones, including the world’s first female zoo director, a crusty old man with a past, a young female photographer with a secret, and assorted reprobates as spotty as the giraffes. 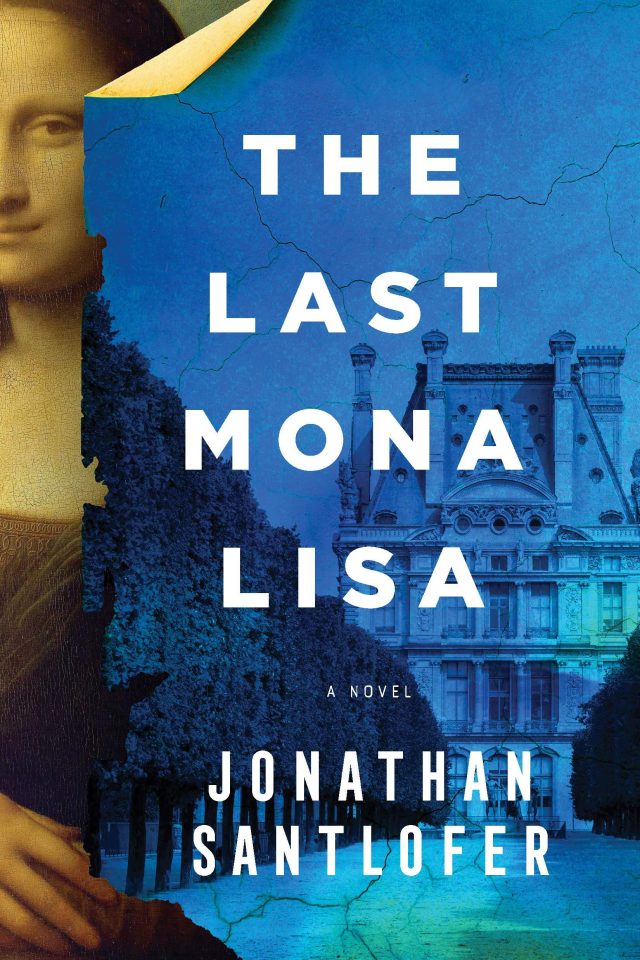 August, 1911: The Mona Lisa is stolen by Vincent Peruggia. Exactly what happens in the two years before its recovery is a mystery. Many replicas of the Mona Lisa exist, and more than one historian has wondered if the painting now in the Louvre is a fake, switched in 1911.

Present day: art professor Luke Perrone digs for the truth behind his most famous ancestor: Peruggia. His search attracts an Interpol detective with something to prove and an unfamiliar but curiously helpful woman. Soon, Luke tumbles deep into the world of art and forgery, a land of obsession and danger.

A gripping novel exploring the 1911 theft and the present underbelly of the art world, The Last Mona Lisa is a suspenseful tale, tapping into our universal fascination with da Vinci's enigma, why people are driven to possess certain works of art, and our fascination with the authentic and the fake. 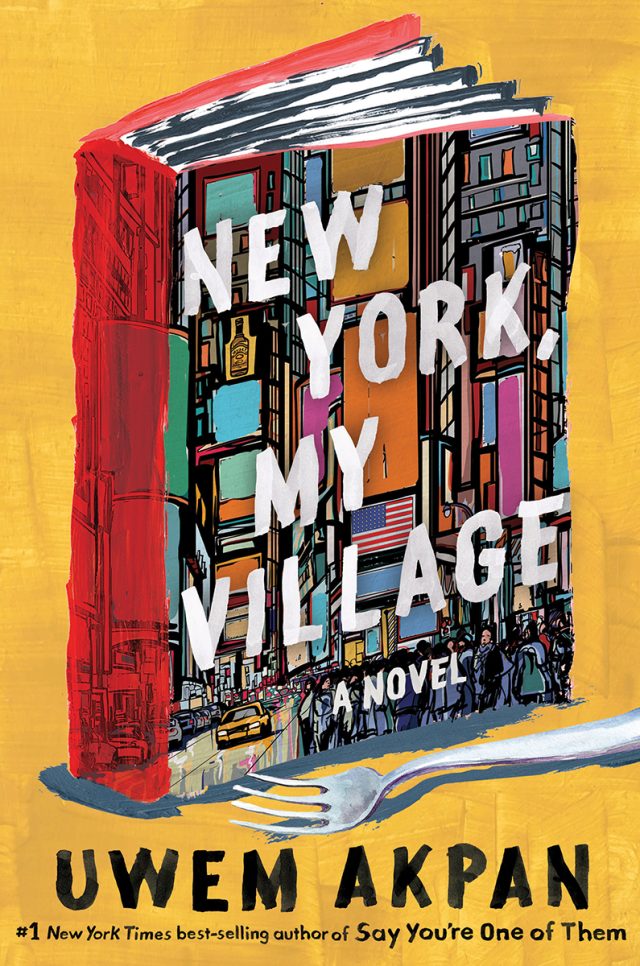 From a suspiciously cheap Hell’s Kitchen walk-up, Nigerian editor and winner of a Toni Morrison Publishing Fellowship Ekong Udousoro is about to begin the opportunity of a lifetime: to learn the ins and outs of the publishing industry from its incandescent epicenter. While his sophisticated colleagues meet him with kindness and hospitality, he is soon exposed to a colder, ruthlessly commercial underbelly—callous agents, greedy landlords, boorish and hostile neighbors, and, beneath a superficial cosmopolitanism, a bedrock of white cultural superiority and racist assumptions about Africa, its peoples, and worst of all, its food.

Reckoning, at the same time, with the recent history of the devastating and brutal Biafran War, in which Ekong’s people were a minority of a minority caught up in the mutual slaughter of majority tribes, Ekong’s life in New York becomes a saga of unanticipated strife. The great apartment deal wrangled by his editor turns out to be an illegal sublet crawling with bedbugs. The lights of Times Square slide off the hardened veneer of New Yorkers plowing past the tourists. A collective antagonism toward the “other” consumes Ekong’s daily life. Yet in overcoming misunderstandings with his neighbors, Chinese and Latino and African American, and in bonding with his true allies at work and advocating for healing back home, Ekong proves that there is still hope in sharing our stories. 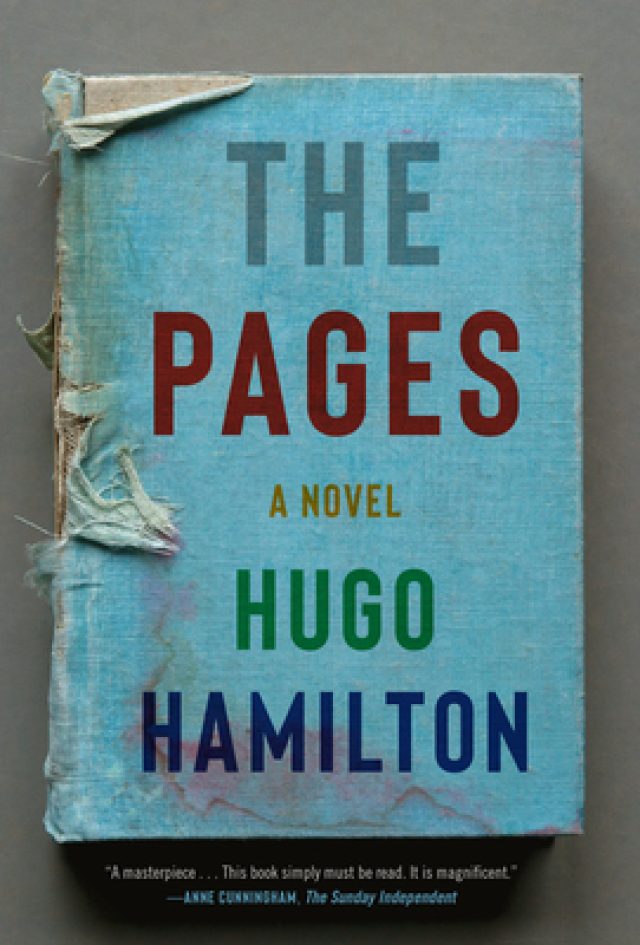 One old copy of the novel Rebellion sits in Lena Knecht's tote bag, about to accompany her on a journey from New York to Berlin in search of a clue to the hand-drawn map on its last page. It is the brilliantly captivating voice of this novel--a first edition nearly burned by Nazis in May 1933--that is our narrator.

Fast-paced and tightly plotted, The Pages brings together a multitude of dazzling characters, real and invented, in a sweeping story of survival, chance, and the joys and struggles of love. At its center are Roth, an Austrian Jewish author on the run, and his wife, Friederike, who falls victim to mental illness as Europe descends into war. With vivid evocations of Germany under Nazism and today, The Pages dramatically illuminates the connections between past and present as it looks at censorship, oppression, and violence. Here is a propulsive, inspiring tale of literature over a hundred years: a novel for book lovers everywhere that will bring a fresh audience to this acclaimed writer. 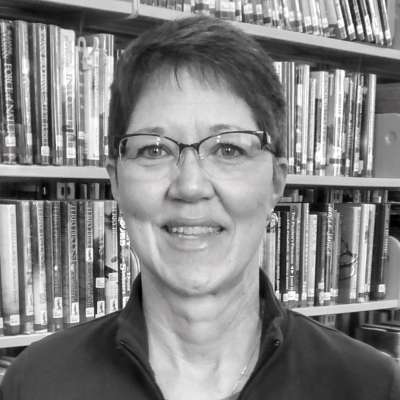 Mary is a Circulation Clerk and has been working at the library since the end of 2016. She loves books, especially mysteries, and enjoys traveling when time and money permit. When she isn’t able to physically travel, she loses herself in a good book about a faraway place! 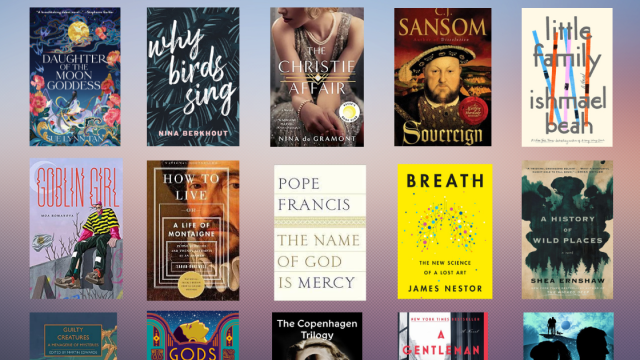 On Our Nightstands: What We're Reading Now

Find out what books EPL staff are currently reading. 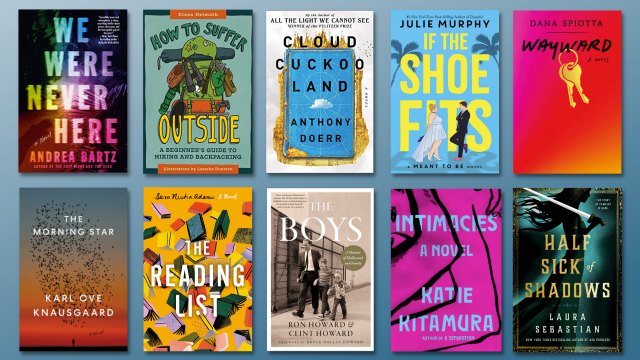