What Are You Listening To? Devin's Audiobook Reviews

Having read nothing through quarantine, it seemed imperative that I resume reading. Especially now, when I have an empty chunk of time driving to and from work. Why not kill two birds with one stone? My reading preferences tend to veer towards fantasy and science fiction, with a little historical fiction or magical realism thrown in every so often for variety. I also enjoy young adult fiction, which I find is oftentimes more inventive than adult fiction. Here are some of my recently read audiobooks and my opinions of them. 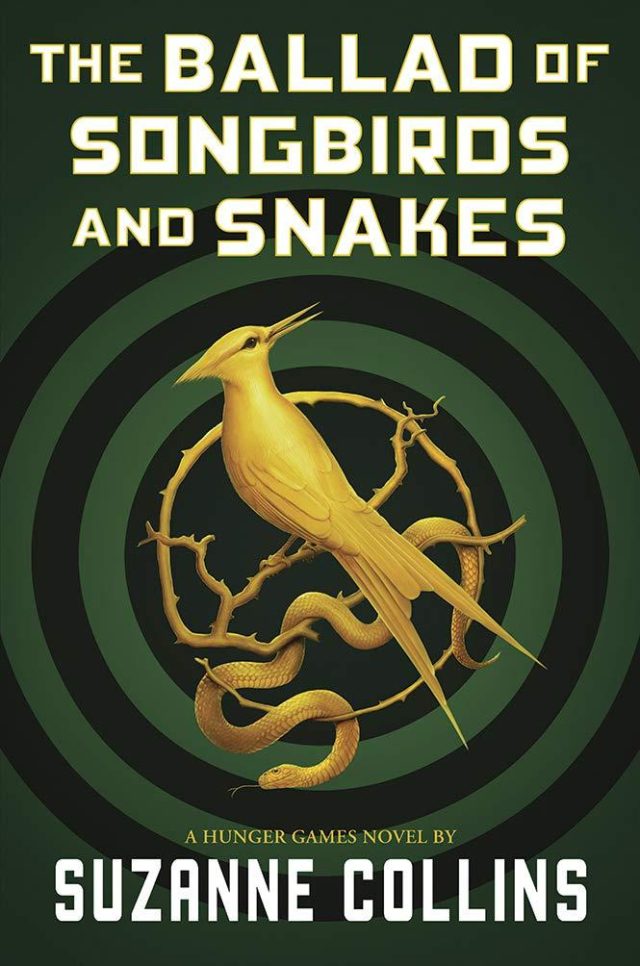 The Ballad of Songbirds and Snakes

A prequel to her bestselling Hunger Games series, this book follows Coriolanus Snow as he mentors a girl from District 12 in the 10th Hunger Games.

While it does take a little bit to get going, once it does, the desire to know what happens next keeps you reading well past when you intended. Santino Fontana does an absolutely brilliant job in capturing Coriolanus’ personality - snarky, intelligent, aloof, and logical above all else. His narration brought this story to life. My one complaint is that there is quite a bit of music and singing in this book, and our narrator does not partake. Any music is simply said word for word instead of being sung, which is difficult to listen to.

Overall, this was a hard book for me to rate, and I feel as though I have to rate it in pieces: before and after the last 150 pages of the book. The ending and the complete disregard for character development, as well as issues with plot and pacing, is what really pushed this from a 4 star to a 3.5. There is so much wasted potential here!!! Of all the ways this could have ended, all of the ways things could have tied together, instead Collins settles on an ending that, to me, felt lackluster and illogical. There are so many other ways to get to the same end, most of which I think would have been more interesting. 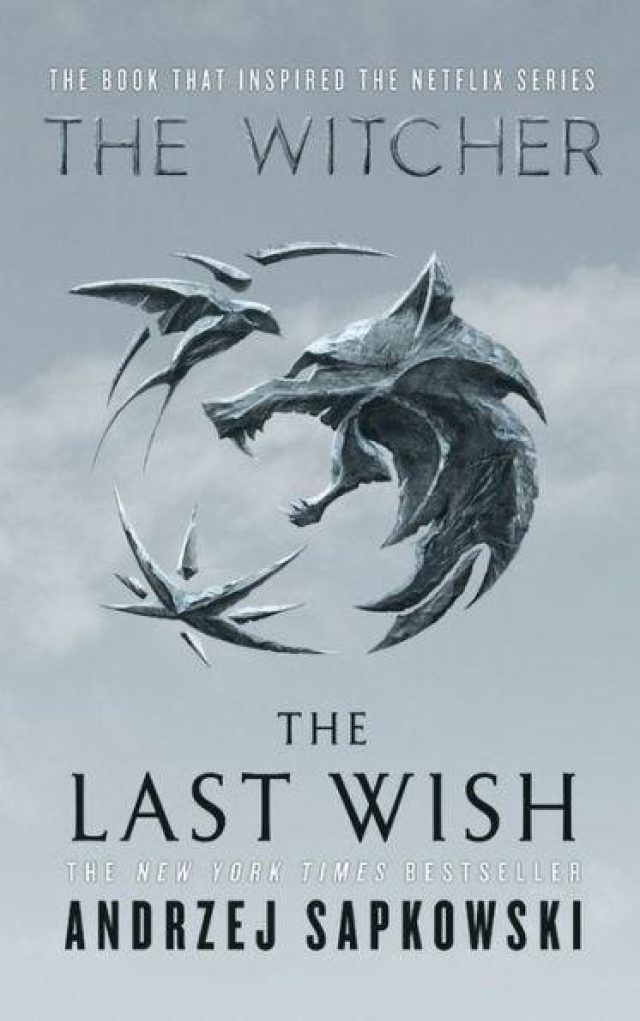 The Last Wish (The Witcher Saga)

Geralt the Witcher, revered and hated, holds the line against the monsters plaguing humanity in this collection of adventures in the series that inspired the Netflix show and the hit video games.

The Witcher is one of my absolute favorite video games. When it first came out, I spent almost two years exploring everything the world had to offer, including reading the series. I didn’t think to listen to the audio version, and I regret that immensely now that I’ve been able to experience it.

Peter Kenny is easily the best narrator I have ever had the pleasure of listening to. It is a rare gift to be able to give so many characters such distinct voices, and yet, he does. He is engaging and captures each character’s mannerisms so well. It makes me excited to continue the series knowing he will be narrating them all.

While I love fantasy, sometimes it can feel like I’m reading the same old thing over and over, just with different character names and settings. That is not the case here, as this series does so many things well. Common tropes are turned on their heads. Fairy tales are given new, sometimes horrifying, interpretations. It is written, paced, and plotted well. Do not expect happy endings here, as it is as realistic with its situations as it can be. It is a dark, atmospheric tale, and if you are looking for a fantasy series that breaks the mold, this is it. If you enjoy political intrigue, beautifully done character studies, or the A Game of Thrones series, you will more than likely enjoy this series. 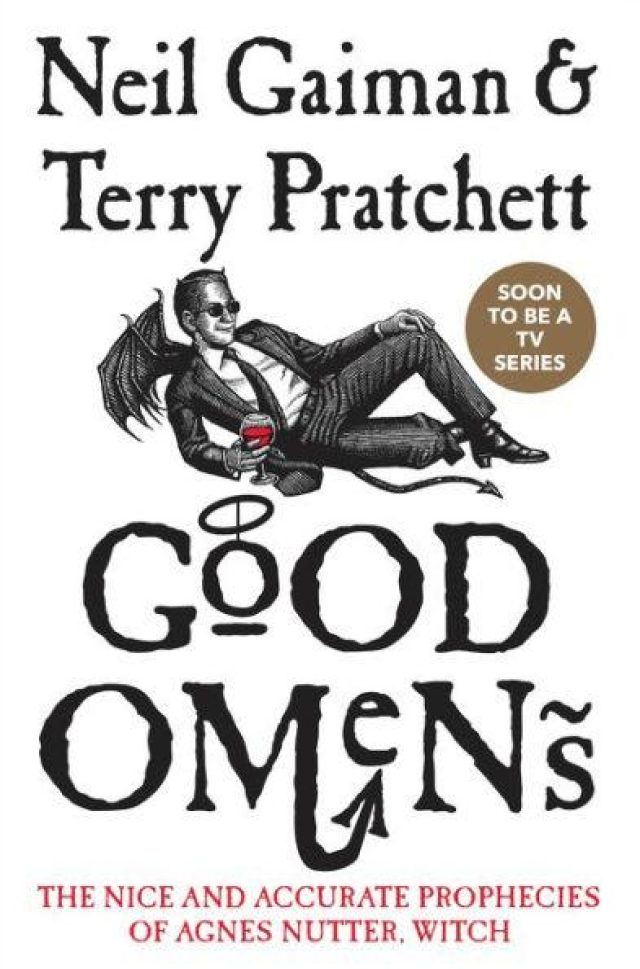 by Neil Gaiman and Terry Pratchett (read by Martin Jarvis)

Aziraphale, a somewhat fussy angel, and Crowley, a fast-living demon, team up to try and stop the apocalypse in this novel that inspired the hit TV show.

After having seen the show, I thought I should give Good Omens a try. It’s a book I’ve been told to read, and have wanted to read, for a long time, but was too lazy to start it. Tinged with that laziness was also a bit of apprehension. Let’s keep this a secret…just between the two of us, I’m not a huge fan of Neil Gaiman. I know, I know! Everyone rants and raves about him and I can completely understand why. He checks all the boxes for everything I love in an author, but something about his execution never works for me. Coraline and The Sandman Series are the only exceptions. Thankfully, with the addition of Terry Pratchett, my usual complaints are (mostly) gone. Usually Gaiman's books are so slowly paced and I can never relate or seem to care about the characters he creates. While it can be a little slow to start, we eventually leap into a fun (and actually quite funny) story of the race to save the world. Crowley is my absolute favorite character with his snarky, sassy personality and I enjoy the juxtaposition with Aziraphale.

The narration is where things start to falter, but not enough to detract from the story for me. While our narrator, Martin Jarvis, does a good job overall, there are areas where the narration is a bit lacking. There isn’t enough variance is character’s voices. So, while Crowley and Aziraphale have fairly unique voices, other major or side characters do not. This lack of uniqueness can lead to what feels like odd jumps in the story. When there’s almost no pause between a new section and you’re not entirely sure what character is speaking, confusion happens. I enjoyed his take on Crowley and Aziraphale quite a bit though, and found his voice to be soothing. So even though there were some slight bumps in the road, it’s a good read nonetheless. 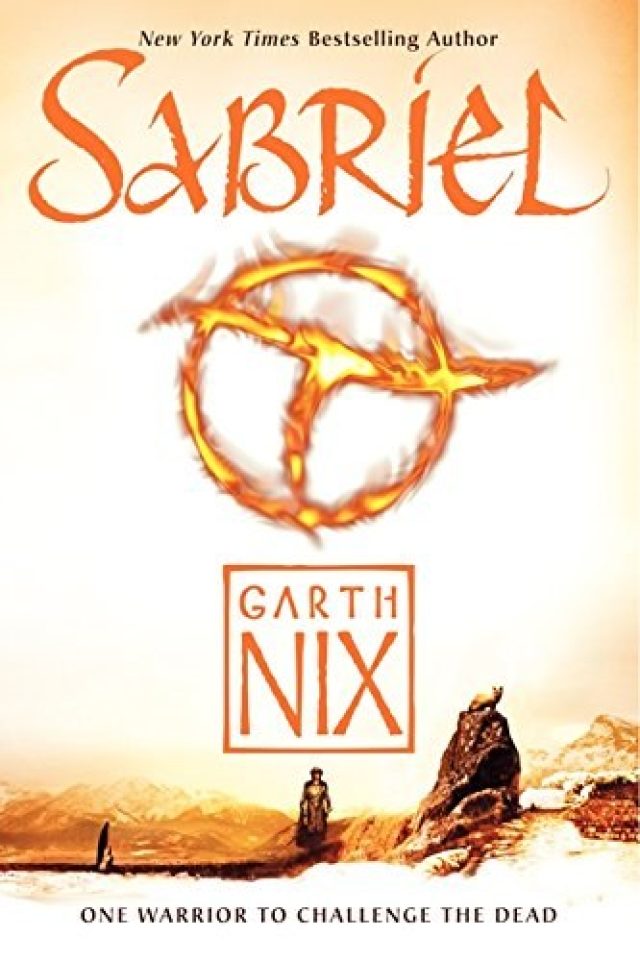 Sent to a boarding school in Ancelstierre as a young child, Sabriel has had little experience with the random power of Free Magic or the Dead who refuse to stay dead in the Old Kingdom. But during her final semester, her father, the Abhorsen, goes missing, and Sabriel knows she must enter the Old Kingdom to find him.

This was my favorite book when I was younger, so it's possible there's a tinge of nostalgia tinting this read. When I first read it, it was as though a new world had opened up, and I couldn’t get enough of it. I wanted to fall into it and never return to real life. It has been well over 17 years since I last read it, and now I have the joy of re-experiencing it all over again.

Tim Curry does a fabulous job narrating this story. The experience can best be described as sitting around a campfire, waiting with baited breathe for each new sentence, and being absolutely enamored with the tale. There is a certain je ne sais quoi about his performance. I cannot explain what makes it so spectacular, it just simply is.

The world building is superb. Nix has clearly taken the time to develop a fully fleshed out system of magic, government, and continent. And this is how it should be done. Being shown, not told, how the world functions. We learn, with and through Sabriel, what these countries are like and how magic works within them. The pacing is incredible as well, leaving us with tons of action, and no fluff. Scenes are only as long as they need to be, never dwelling just to dwell. This makes the suspense and panic of certain scenes feel all the more real, as we experience them almost as quickly as they would really happen. Thankfully I enjoyed it just as much now as I did when I was younger and look forward to finishing the rest of the series. 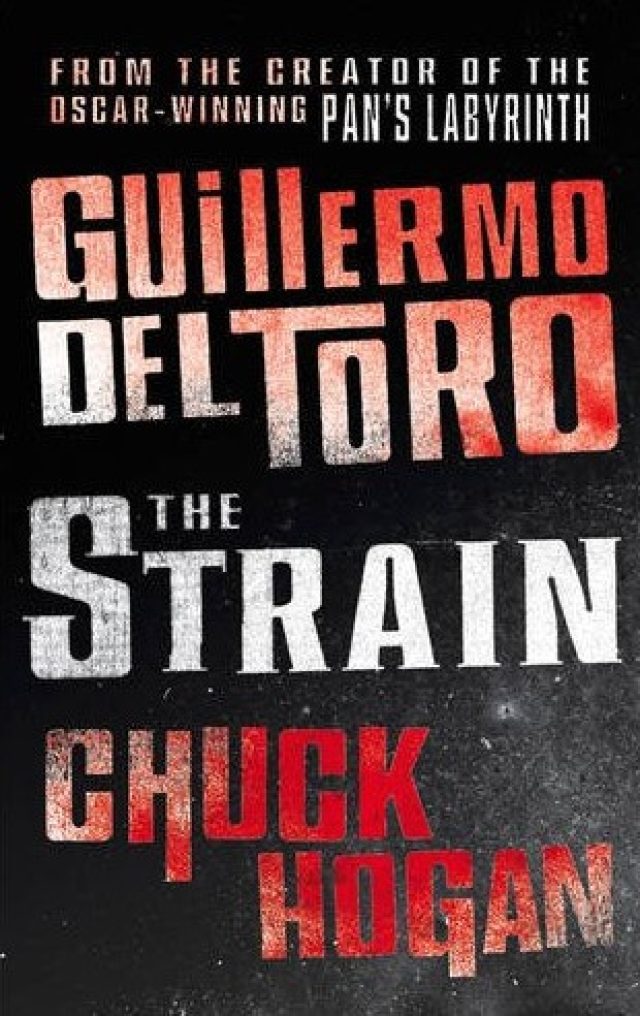 A vampiric virus that has infected New York begins to spill out into the streets. Eph, who is joined by Setrakian and a motley crew of fighters, must now find a way to stop the contagion and save his city before it is too late.

Anyone who knows me will tell you…I love vampires. Vampire themed books, movies, television shows. What We Do in the Shadows is my favorite movie and the TV show is just as good, in my opinion. The Lost Boys and Near Dark were staples in my younger days. When I tell you how excited I was to read this, please understand that I mean that with my whole heart.

There was just one thing holding me back from absolutely loving this--Ron Perlman. He is a great actor, and I initially thought he would be the perfect person to narrate this. However, he sounds bored the entire time he is reading. It is dreadfully dry and I had the hardest time focusing on the story. This is an intense, disturbing read. It is so creepy and haunting that it should be able to unsettle you without issue. The dread and suspense should be palpable, but it never is. Sadly, the narration doesn’t match with the tone of the story at all. It is monotonous, even tedious at times, because of this. There is no sense of terror like there should be, due almost entirely to the narration.

My rating has nothing to do with the book itself, which is actually wonderfully written and horrifyingly unnerving. The book would get a 4/5 stars without issue, but the narration lowers it to 3 stars for me. Reading the physical book was a much more pleasant experience, and I would recommend it instead. The unique take on vampires and their curse is so interesting and distinctive. It is masterfully inventive, well written, and paced beautifully. The characters are fleshed out, and their dialogue feels realistic. I have never read a vampire based book quite like it. 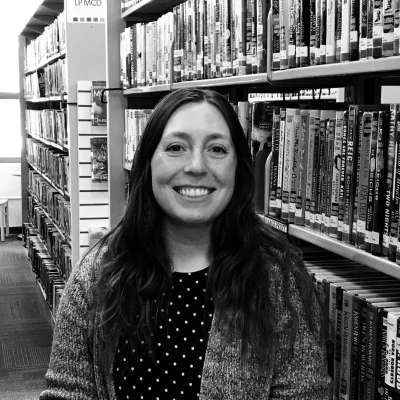 Devin is the Adult Services Librarian and has been working at EPL since 2014. She loves traveling, her cat Pippin, and everything Tolkien.