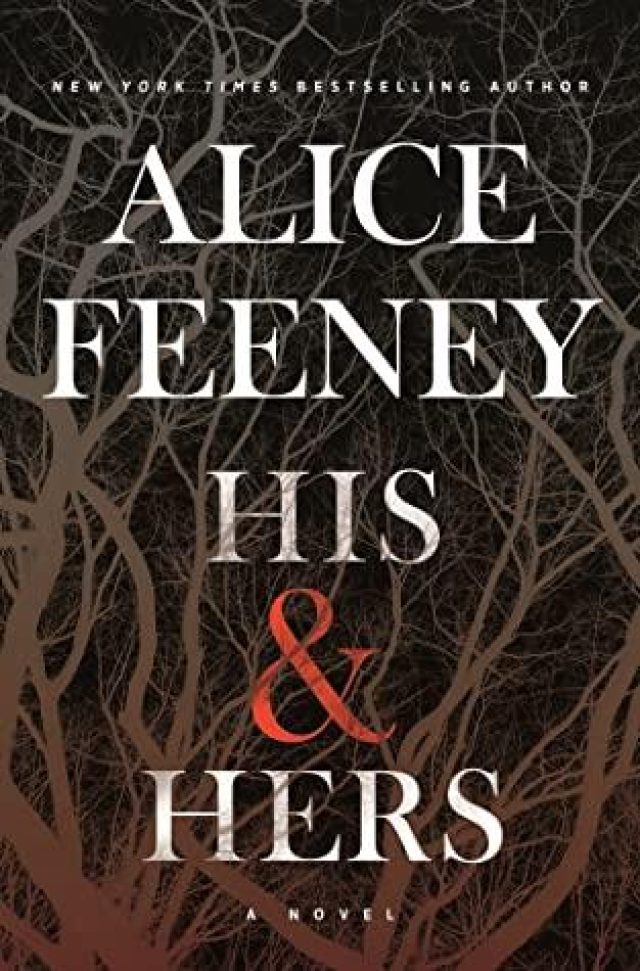 Anna Andrews finally has the job she's been working toward for years: presenter for the BBC's lunchtime news. So when her dream job is threatened, she'll do anything in order to keep it. Including covering the discovery of a dead body in the small village of Blackdown. Anna grew up in Blackdown and left without a backwards glance years before, she'd rather do anything than return again, but when it's discovered the dead woman has a link to Anna's past, she can't leave.

When DCI Jack Harper left London, Blackdown wasn't on his list of places he'd end up working. When the body is discovered, Jack doesn't immediately tell anyone that he knows the woman. But when he starts to find incongruities in his investigation, it's apparent he is suspect.

There are two sides to every story: yours and mine, ours and theirs, His & Hers. Which means someone is always lying.

This book is seriously made for an audiobook listen. Really, I don't know if you can get the full chilling feeling by only reading. Richard Armitage and Stephanie Racine are perfect in their roles as the titular His & Hers (aka Jack and Anna). The addition of another distorted voice adds such ambiance to the story. I had chills the moment I pushed play. Eerie. Well done by everyone who had a hand in this audiobook as it's a stand out from others listen for me. I thought the narrators did a great job of distinguishing between the voices of each character and really committing to the roles.

Now the story itself. This is the first book by Alice Feeney I've read (or listened to). I was initially drawn to the book in large part because I've seen so much press for it since it's publication earlier in the week. When I read the synopsis, I was intrigued by the idea of these two people getting pulled into a murder investigation and both of them are not being exactly truthful.

Alice Feeney really knows how to craft a spiraling story. How all these layers keep being added onto what we already know - or what we think we already know - that shape our new perception. You start the story believing one thing, but with one word or sentence your beliefs are just thrown right out the window, and you start the questions all over again. It's at times a tough book to listen to as I think many stories are that revolve around death, and long-held secrets. But I think that Alice Feeney really excels at keeping the readers (listeners) engaged by parsing out the information we receive. And by the time that trick starts to feel old or too repetitive, we're at the end of the book.

Overall, as I said, at times a difficult book to get through, but paced and plotted out so superbly well. I'm definitely interested in checking out Alice Feeney's other books, but maybe after I read something a little more bright.

I do not read much non-fiction. By "much" I mean pretty much not at all. I've just always been more drawn into the fictional, often fantastical. The exception to this has always been Tori Amos. When her book Piece by Piece came out I was quick to grab it. She's always been a favorite artist of mine with her songs having such a layered mystery about them, I will always sit up and listen when it comes to hearing her process or, in her words, where the "Muses" take her in regards to crafting her songs. The deeper meaning that people can also relate to on a more surface level, and pick up new elements overtime is one she has always done really well. It's why her songs have endured.

When I heard about Resistance there was no question that I would read this book. I had initially imagined it to take a more political stance, and while those moments definitely appear and have their place, I felt like the overall tone of the book is addressing an artist's obligation to speak out or for those that cannot speak out for themselves. Whether it's political or societal it all kind of overlaps.

What always gets me when I think about Tori Amos is how long she's been doing what she's doing. I know she has a loyal following and is revered in the industry, but you don't hear about her as much as you do some of the more commercially successful artists. Nevertheless, though, I really liked hearing the stories about where she started out, where she came from, the battles she had to fight to get the message across that she wanted to tell despite dictates from the recording agency bigwigs.

The story doesn't necessarily follow a linear path as Amos goes back and forth between older and newer songs. I enjoyed how she would relate an older song, for example Silent All These Years to the time in which is was released and/or written, then turn around and talk about it's accessibility to today's climate. How a song can transcend it's original intent to take on new meaning.

Amos's writing feels, at times, eccentric, but anyone who is a true fan knows that's exactly all Tori. Often speaking on more of a theoretical level at times giving us full conversational exchanges she's had with her Muses or loved ones who have passed. But it's very easy to see where she's coming from, and like many of her songs, find your own way to relate to the issues.

I kind of wish there was just a little bit more cohesiveness, just to hold the over arching message together a bit better. The going back and forth from past to present, while interesting, brought me out of the narrative quite a few times. When she picks up again in the present time, I would constantly have to remind myself where we left off before we delved back into the past.

Otherwise, Resistance is an interesting look at a unique and trail-blazing artist, giving insights into fan favorite songs and speaking to the idea of art as a vehicle for change. 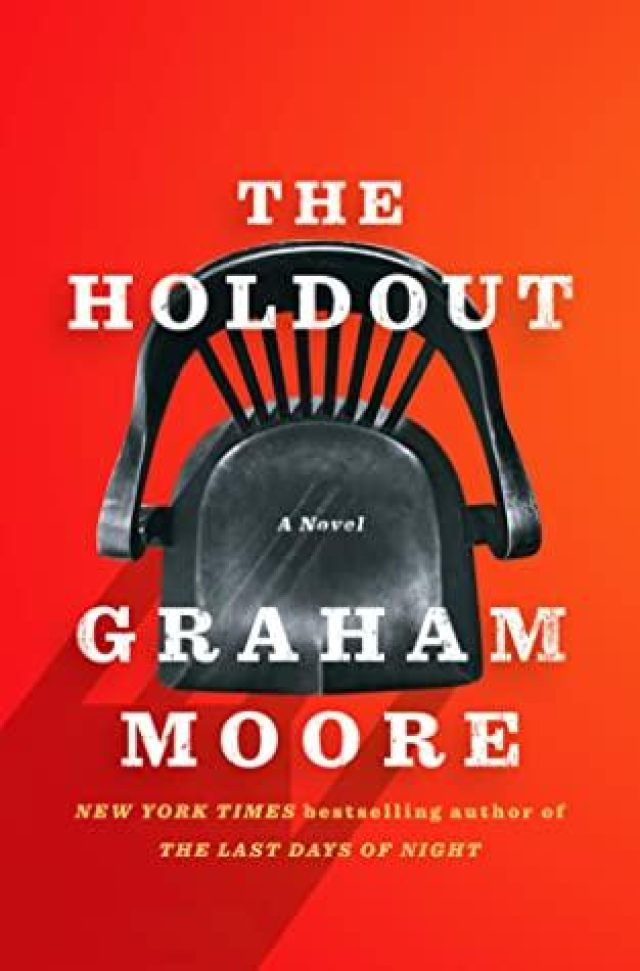 Maya Seale is a young woman serving on the jury in the case against Bobby, and, at first, she's the only thing between Bobby and a guilty verdict. Slowly, she convinces the other eleven jurors of, if not Bobby's innocence per se, than of the lack of evidence to convict him. The spotlight on their "not guilty" verdict changes all the jurors' lives in the intervening years.

Now, coming up on the ten year anniversary of the trial a TV show, Murder Town, is looking to reunite everyone involved as one of the jurors claims to have new information to reveal. As they all gather together, the controversy from ten years ago, and the impact their decision wrought, is close to the surface for all of them.

When a fellow juror is found dead in Maya's room, she'll have to dig up memories of the past in order to prove her innocence in the present.

The Holdout gives readers a behind-the-scenes look at our judicial system. The pros and cons. The biases, the deals struck. The rights and responsibilities of those who are supposed to be our "peers". All in the name of the "law". It's an interesting look and one that I don't think I've ever read about before in any fictitious sort of way. I felt a lot like we were seeing how broken the system is. How much it favors certain people over others. This idea is helped along by the alternating chapters in which we get each of the twelve juror's perspectives on the Bobby Nock case from ten years previous while they were serving. This ragtag group of people who, on a normal day, may have never interacted with one another were asked to be impartial and objective but who undoubtedly bring their thoughts, opinions, experiences to the table to determine a man's guilt or innocence. I enjoyed these parts the most mainly because there was still some questioning as to if his not-guilty verdict was the right decision. And some people who still had opinions and thoughts on their personal decision. I liked that we got to see how things unfolded.

The other chapters consist of Maya's perspective and her subsequent search for the murderer in order to exonerate herself. While these sections were interesting and the twists and turns certainly kept me glued to the page, some of the circumstances she becomes embroiled in felt too far-fetched. But like much fiction you have to take it all with a grain of salt.

I liked Maya, and her determination to make sure that justice is meted out to Bobby, to herself, to all the others with whom this case has haunted for the past ten years is valid and commendable. I liked seeing how her mind worked in relation to the law. After the case closed, Maya went on to become a defense attorney thereby solidifying herself within the echelons the judiciary system wanting to be able to uphold the law, but also in her own way unable to let go of this life-changing moment, like we see so many of the other jurors deal with as well in their own ways.

Overall, I found The Holdout to be an interesting read, and surprisingly thought-provoking. Graham Moore doesn't hide on making commentary of racial bias within the court system, but it's not forced commentary, it certainly has its place within the story, but also speaks true as a picture of real life.

And if you're wondering, without spoilers, your questions will be answered by the end. Graham Moore will not leave you hanging. Now, as to whether those answers are satisfactory, I think that also speaks a lot about the perception of justice.